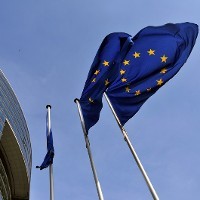 The EU's second Clean Air Outlook assesses the prospects for achieving the objectives of the National Emission reduction Commitments Directive (NEC Directive) for 2030 and beyond, also considering the ambitions of the European Green Deal. Under the NEC Directive, Member States had to develop national air pollution control programmes (NAPCPs) by 2019, presenting the measures to be put in place to achieve their emission reduction commitments. The second Clean Air Outlook updates the analysis and conclusions of the first outlook published in 2018, taking into account the NAPCPs and other legislation and policies relevant to air pollution, and also showing the impact of climate change policy on attaining these objectives.

Essential support in the development of the Second Clean Air Outlook has been provided by model calculations carried out with IIASA's GAINS model. These are documented separately:

The report presents GAINS calculations that explore the likely future development of air quality in Europe. The analysis incorporates recent methodological updates as well as the latest information on emission inventories, and projections and pollution control policies that have been reported by the Member States in their official inventory submissions and the National Air Pollution Control Programs.

The resulting emission projections are compared with the obligations of the National Emission reduction Commitments (NEC) Directive, and their impacts on future air quality, as well as associated health, ecosystems and economic impacts, are assessed. The report also examines how additional clean air and climate policies could alter the results of the baseline projection.

With full implementation of all currently existing air pollution legislation and of the measures needed to reach the 2030 Climate and Energy targets set in 2018, the NEC Directive requirements would be fulfilled at the EU level in 2030 for all pollutants except ammonia. However, there are differences between Member States and, in some cases, even NAPCP measures would be insufficient to comply with the NEC Directive commitments, especially in the case of ammonia.

The decrease in population exposure to PM2.5 will significantly lower health impacts by 2030, with an estimated reduction of more than 210,000 cases of premature deaths annually - about 55% of the number in 2005 - if all current policies are fully implemented. Application of the NAPCP measures would bring further improvements to the health benefits, always with a net economic benefit to society.

In addition to their health benefits, the envisaged emission reductions will also enhance the sustainability of ecosystems. However, excess nitrogen deposition, an important risk factor for biodiversity of terrestrial and aquatic ecosystems, still causes concern, as the critical loads for eutrophication will remain widely exceeded. Additional reductions of ammonia emissions, an important precursor for eutrophication, will be required to improve the protection of biodiversity in European ecosystems.

For each Member State, the report quantifies the contributions of other countries to PM2.5 exposure domestically, as well as the destinations of exported pollution. It is found that internationally coordinated policy action contributed a major share to air quality improvements in the past, and implementation of the NEC Directive will lead to further effective improvements in European air quality.