The economic benefits of air quality improvements in the Arctic

A new report released by the Organisation for Economic Co-operation and Development (OECD) assessed the biophysical and economic benefits of air pollution policies in Arctic Council countries. The analysis relied on a suite of modeling tools, including the IIASA GAINS model, to project the impacts of increasingly ambitious policy action up to 2050. 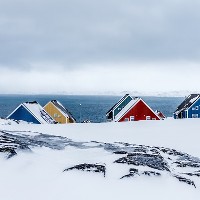 The Arctic is a vital region that helps preserve the balance of the global climate. Its environment is particularly sensitive to short-lived climate pollutants, such as black carbon (also known as soot) due to their strong warming effect. The report titled, The Economic Benefits of Air Quality Improvements in Arctic Council Countries, provides projections of different scenarios on policy action to reduce air pollution in the Arctic by 2050, and calls for ambitious new policies to reduce air pollution in Arctic Council countries.

The authors posit that if Arctic Council countries were to implement more ambitious policy action to reduce a wide range of air pollutants, they would achieve a positive effect on both human health and the environment throughout their territory. In this regard, it is projected that ambitious emission reductions could, for example, decrease the number of people living in areas with fine particulate matter (PM2.5) concentrations that exceed the World Health Organisation air quality guidelines from 18 million to 1 million by 2050. Furthermore, the air quality improvements resulting from these ambitious policies could see 4 out 10 air pollution-related deaths in Arctic Council countries avoided by 2050, alongside thousands of cases of debilitating illnesses, such as chronic bronchitis and childhood asthma.

As an added benefit, such policies could positively influence the economy - since the health and environmental impacts of air pollution generate considerable economic costs to society - while also helping to slow down climate change by reducing emissions of black carbon.

The OECD employed a suite of modeling tools for the study. The IIASA GAINS model provided projections of air pollutants, emission reduction potentials, and required investments in emission reduction technologies for a range of different scenarios. The global air quality source-receptor model (TM5-FASST) of the European Commissions’ Joint Research Centre (JRC) linked the emission projections with exposure to PM2.5 and ground-level ozone, which can trigger a variety of health problems, particularly for children, the elderly, and people with lung conditions. The OECD's own ENV-Linkages model was used to quantify the economic consequences of air pollution over the period until 2050.

“This work highlights the importance of and calls for concerted action to achieve local and regional health, environmental, climate, and economic benefits across the Arctic. It is also an example of fruitful and efficient collaboration between three modeling teams from OECD, IIASA, and the JRC that delivered policy relevant output to the Arctic community,” concludes Pollution Management Research Group Leader, Zbigniew Klimont.

An additional document with policy highlights from the OECD report can be accessed here: https://bit.ly/2RcVQJh

The Organisation for Economic Co-operation and Development (OECD)