Are we on track to end world hunger?

IIASA researchers have contributed to a study that provides a new model to monitor and predict food insecurity in the coming decade. It finds that while overall global levels of food insecurity are set to decrease an increase is implied for lower income countries. 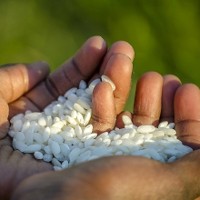 The second UN Sustainable Development Goal (SDG 2), Zero Hunger, aims to end hunger, achieve food security, improve nutrition, and promote sustainable agriculture. Progress towards achievement of this SDG is monitored with the use of several indicators, one of the most important being the Food Insecurity Experience Scale. This scale is based on data gathered in individual interviews and captures the lived experiences of individuals exposed to moderate and severe food shortages.

In a new study published in the scientific journal Global Food Security, a statistical model to project this food insecurity indicator into the future has been developed by a team of researchers that includes scientists from IIASA, Harvard University, the Vienna University of Economics and Business, and the World Data Lab. For the first time, the research presents a prediction model based on climatic and socioeconomic trends and employs machine learning tools to identify paths of the food insecurity measure for countries and subnational regions up to the year 2030.

The statistical analysis conducted in the study reveals that trends in poverty rates, income per capita, rates of human growth stunting and income inequality indicators can be employed to provide precise reliable forecasts of the incidence of food insecurity. An interactive visualization of the results of the projection exercise is presented online as the World Hunger Clock.

“After the recent increase in hunger indicators due to the economic downturn associated with the COVID-19 pandemic, the current estimates indicate that 32.6% of the world population is food insecure. This study predicts that this global figure will decrease throughout the 2020s, largely because of economic growth in developing countries, and is expected to reach 28.4% by 2030,” explains lead researcher Matthew Cooper, Harvard University, who is a previous IIASA Young Scientists Summer Program (YSSP) participant.

These new results partly contradict some of the predictions of international organizations such as those of the United Nations’ Food and Agriculture Organization (FAO), which predicts increased rates of undernourishment (a 24% increase from 2019 to 2030, from 687 to 841 million people). The novel methods of this new study, on the other hand, project a 9.4% decrease of the population experiencing severe food insecurity over the same period (from 790 to 715 million people).

“The projections presented in the study show that while expected trends in drivers of food security give cause for optimism, there will still be around 2.5 billion people experiencing moderate to severe food shortage by 2030 and so the SDG 2 goal of ending hunger will not be fulfilled globally,” conclude co-authors and IIASA researchers Juan Carlos Laso Bayas and Jesús Crespo Cuaresma.