Professor Nebojsa (Naki) Nakicenovic was recently awarded the IIASA Honorary Scholar for his outstanding contribution and service to the institute. 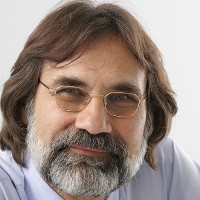 Prof Nakicenovic has spent a lifetime serving IIASA. He joined the institute in 1973 as a research assistant in the Energy Program and has consistently contributed his scientific expertise, vision, and leadership to numerous projects and programs ever since. This includes leading the Technology, Economy, and Society Program; the Dynamics of Change Project; the Environmentally Compatible Energy Strategies Project; the Transitions to New Technologies Program; and the Energy Program.

Prof Nakicenovic has published widely, advancing knowledge in a wide number of areas related to energy, climate change, and technological innovation. His work is highly cited – often hundreds and even thousands of times. Highlights range from the first truly global and long-term examination of the energy future, Energy in a Finite World, published in 1981 to a report presented to the United Nations High-level Political Forum on Sustainable Development in 2018 that identified six transformations to achieve a sustainable future. For much of his time at IIASA until 2014, he was also full Professor of Energy Economics at Vienna University of Technology. 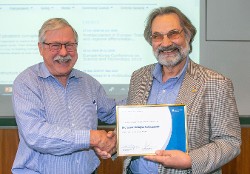 His work has had far reaching impact – particularly his work on scenarios. Most notable was the Intergovernmental Panel on Climate Change (IPCC)’s Special Report on Emissions Scenarios (SRES), which was co-led by Prof Nakicenovic and published in 2000. The report provided projections of possible future climate change, which the entire climate change research community subsequently used as a basis for their research during the following decade. Along with his other coordinating lead and lead authorships of various IPCC’s Assessment Reports, Prof Nakicenovic was a worthy co-recipient of the Nobel Peace Prize, which was awarded to the IPCC and its authors in 2007.

Prof Nakicenovic has also had a significant impact outside academia. He, for instance, established and led the Global Energy Assessment between 2006 and 2012. Its findings have directly shaped the Sustainable Development Goal (SDG) 7 to ensure access to affordable, reliable, sustainable, and modern energy for all. This goal, set in 2015, has galvanized action and although much still needs to be done, a recent UN report shows progress on SDG 7: The global population without access to electricity decreased to about 840 million in 2017 from 1.2 billion in 2010.

Currently, Prof Nakicenovic leads The World in 2050 (TWI2050), a global research initiative in support of the successful implementation of the United Nations’ 2030 Agenda. Launched by IIASA, the Sustainable Development Solutions Network (SDSN), and the Stockholm Resilience Centre (SRC), the goal of TWI2050 is to provide the fact-based knowledge to support policy processes and the implementation of the SDGs.

Commenting on the award of the IIASA Honorary Scholar to Prof Nakicenovic, IIASA Director General Dr Albert van Jaarsveld said: “The IIASA Honorary Scholar award recognizes service to IIASA, and Naki has provided an enormous service to IIASA in terms of both scientific and institutional leadership. This award is well deserved and I would like to thank him especially for his support and guidance to me during my first nine months at IIASA.”