Impact Sheet #12, January 2015. IIASA plays a leading role in shaping the annual Emission Gap Reports, launched by the UN Environment Programme (UNEP) in 2010. These reports assess whether emissions pledges from countries during the international climate negotiations are on track to limit temperature increase to 2ºC or less this century. The reports appear each year to inform governments and the international policy community about the possible gap that needs to be closed in order or the world to follow a globally sustainable pathway toward wider objectives, such as the green economy. 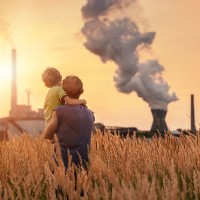 UNEP Emission Gap Reports respond to the yearly needs of the international climate negotiations of the UN Framework Convention on Climate Change (UNFCCC) and complement the scientific assessments of the Intergovernmental Panel on Climate Change (IPCC), which have a 6-7 year publication cycle. IIASA has contributed to all the IPCC reports since 1990, and has been closely involved in shaping the research conducted for the Emission Gap Reports since their 2010 introduction.

The Emission Gap Reports are conceived as a scientific assessment of the peer-reviewed literature on climate change mitigation scenarios. They focus on examining the gap in 2020 or 2030 between emission levels consistent with achieving the 2°C limit in 2100 and the levels expected if country pledges are met.

In each of the five reports in the series to date, UNEP has documented that the gap is large, but can be bridged through urgent collective action that promotes both development goals and climate change mitigation. The 2014 Emissions Gap Report showed, for instance, a gap of approximately 8-10 metric gigatons of CO2 equivalent (GtCO2e) in global emissions in 2020 if countries were to implement their current pledges.

IIASA Energy Program researchers have been invited to lead and o-author the UNEP Emissions Gap Report’s assessment every year ince 2010. They have played leading roles at various stages of the eport: both in developing its initial concept and elaborating the analyses.
They have also helped redirect the focus of the reports toward emission budgets, and they were instrumental in the analyses underlying stimates of when global CO2 emissions reach zero levels in scenarios that limit global warming to 2°C.

IIASA models, in particular the MESSAGE Integrated Assessment odelling framework, have contributed extensively to the UNEP assessments. Together with its partners, IIASA has also coordinated many of the underlying international model comparisons and is currently hosting various databases on which the UNEP assessment is based.