The Wilson Center’s Kennan Institute presents the Woodrow Wilson Award to Petr Aven in recognition of his contributions to corporate service related to United States of America and Russia relations. 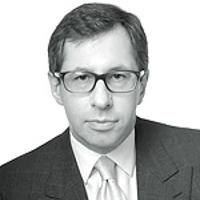 Petr Aven was given the Woodrow Wilson Award for Corporate Citizenship for his role in expanding understanding between Russians and Americans during his career as a Russian government official in the early 1990s, his tenure at Russia’s largest private bank (Alfa Bank), and for his role as co-founder of the Alfa Fellowship Program.

The Alfa Fellowship Program brings early career Americans to work in Russia, and the alumni of this program represent a rising generation of American experts on Russia working in the private sector, government, and non-profit community.

Petr Aven was a YSSP participant in 1977 and remembers this experience as the best time of his life. He returned to IIASA from 1989 to 1991 and was one of the initiators of the very influential economic reform research program that catalyzed market liberalization in Russia and many other East European countries. From 1991 to 1993, Petr Aven was the Minister of Foreign Economic Relations for the Russian Federation. From 1994 to 2011 he served as the President of Alfa-Bank.  Currently Mr. Aven is the Chairman of the Board of Directors at Alfa Banking Group.

"My involvement in the IIASA summer program was my first experience working with foreign scientists, who I found to be a rich source of new knowledge and expertise. Today, many years after my YSSP experience, I am still aware of the influence my participation in the program had on my life", he says. In 2011, he established the Petr Aven Fellowship within IIASA's Annual Fund to support a young scientist from Russia or a developing country to participate in the YSSP Program.

Petr Aven was Foreign Economic Relations Minister of the Russian Federation and Russia’s representative to the G-7 from 1991 to 1992, President of the Russian Alfa Bank from 1994 to 2011, and is currently Chairman of the Supervisory Board at Alfa Banking Group.

member of the Alpbach-Laxenburg Group

Prior IIASA collaborations with the Wilson Center