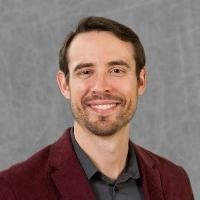 Zachary Brown is an Assistant Professor in the Agricultural & Resource Economics Department at North Carolina State University in the USA, and is on the Executive Committee of the Genetic Engineering & Society Center at NC State. He was formerly an economist at the Organisation for Economic Cooperation and Development (OECD). Based on work initiated with colleagues at the OECD, he recently co-authored "Links between urban structure and life satisfaction in a cross-section of OECD metro areas."

Zachary describes below the importance of this work and the impact IIASA had.

"In many areas, regional and national governments are interested in implementing ‘compact cities’ policies to improve economic dynamism and environmental performance of urban areas. This trend led us to wonder how individual well-being responds to the intended consequences of these policies. This was, we realized, a question that had not yet been analyzed empirically, at least not in detail. We found one result agreeing with our expectation – that more areas with more fragmented land-use patterns appear to be associated with a decrease in well-being – and one result that initially surprised us – that cities with more of their populations concentrated in their cores appeared to be associated with decreased well-being (all else equal)."

"My time at IIASA during my doctoral studies was important for conducting this analysis, because it fostered a mental attitude towards systems thinking, in particular being receptive to recognizing unintended consequences of policy. It was also useful to interact with other PhD students from so many diverse disciplines (and countries): The Young Scientists Summer Program was the first time I had research discussions with people in urban studies doctoral programs, which I’m sure influenced my work on the present paper."

Dr. Brown participated in the 2009 YSSP in the IIASA Health and Global Change Program and as a Peccei Award winner, returned in 2010 for three months. He received his PhD from Duke University in 2011, where he then worked as a Research Scholar at the Duke Global Health Institute to develop a malaria decision analysis support tool (MDAST) and train policymakers in its use. From 2011-2013, Zachary worked as an economist at the OECD in Paris and initiated a project on applying behavioral economics to environmental policy. In 2013, he moved to North Carolina State University to conduct interdisciplinary research at the intersection of economics and biology, as part of the Genetic Engineering and Society Program at NCSU, as well as teach courses on environmental and resource economics and economic development.