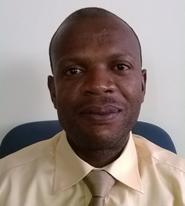 Serge Kubanza's work during his Southern African Young Scientists Summer Program (SA-YSSP) was recently published under the title, "Some happy, others sad: exploring environmental justice in solid waste management in Kinshasa, the Democratic Republic of Congo." Below Serge shares with us the importance of this work and the impact the SA-YSSP and IIASA had.

"While sociologists, social scientists and civil society activists around the world gather together with the purpose to reduce the social inequalities (the fight against poverty, the need to bring partnership for social innovation and to redefine the global governance), it seems meaningless in the context of a country that has never known peace since its political independence, like the Democratic Republic of Congo in 1960. Most of the poor people in the Democratic Republic of Congo live in an unhealthy urban environment infested with solid waste and consequent diseases, which has already been exacerbated by challenges such as poverty, hunger, social exclusion, poor housing conditions, conflicts and civil wars. Focusing on the Democratic Republic of Congo and the current socio-political scenario, only two voices (the hierarchy and the individualist) are heard. There is a divide in the manner solid waste is managed in the rich and poor neighborhoods. The bureaucracy, bourgeoisie and elite class enjoy a cleaner environment and better sanitation facilities than those who are living in poor urban neighborhoods, hence “some happy, others sad."

"The SA-YSSP was an important platform for young scholars to develop system analysis. It was useful to interact with other PhD students from many diverse disciplines and countries. Discussions with experts from IIASA also influenced my work on this paper."

He has published a number of papers in the field of solid waste management, environmental justice and sustainability. Dr. Kubanza’s working experience spans across a number of organizations, and he has held various positions with non-profit organizations in South Africa. He is also involved with collaborative research works with the Centre of Adaptation and Creativity, Technologies and Significations in the Production of order and disorder in Africa and Germany. Dr. Kubanza is a sociologist, anthropologist, a development planner, and human geographer by training and is specialized in environmental planning and solid waste management. In 2014-2015, he participated in the SA-YSSP with 24 PhD students from around the world, receiving training in systems analysis approaches by the International Institute for Applied System Analysis, the National Research Foundation, the Department of Science and Technology of South Africa and the University of the Free State. He was also an awardee of the National Institute for Humanity and Social Sciences (NIHSS) and Open Society Foundation (OSF), USA.