Congratulations to former IIASA Council Member Prof. Carlos Nobre. His pioneering efforts in the understanding and protection of the Amazon are honored by the Volvo Environment Prize. 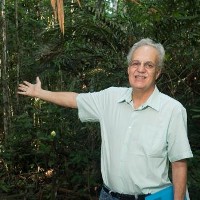 Since 1990, the Volvo Environment Prize has been honoring "outstanding innovations or scientific discoveries, which in broad terms fall within the environmental field." Laureates represent all fields of environmental and sustainability studies and initiatives.

The jury for this year's award honors Professor Carlos Nobre's pioneering efforts to understand and protect the Amazon, one of Earth’s most important ecosystems. Also citing, "he has world-leading research on tipping points for the Amazon rainforest and the implication for climate, championed prominent roles for South American scientists in Amazon research, led international global change research efforts, and linked science with policy for the Amazon in national and international arenas."

Professor Nobre is one of the world's leading Earth Systems scientists. Besides his long academic career, he was appointed Secretary for Policy and Research at the Ministry of Science and Technology in Brazil in 2011, and in 2013 appointed to the Scientific Advisory Board by UN Secretary General Ban Ki Moon. As a board member, the video interview below was published in 2014.

at the Scientific Advisory Board of the UN Secretary-General

on the Volvo Environment Prize