IIASA alumnus Aviott John writes about his life after IIASA, which has lead him to new initiatives and a question to the IIASA alumni community. 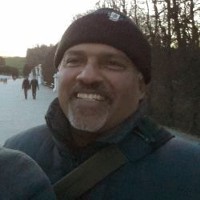 February 2018 will mark five years after my retirement from IIASA. These five years have been full of new experiences, travel and writing. My wife and I have also attempted during this time to modify our lifestyle to be as carbon neutral as possible. Measures include living without a car, using a bicycle for shopping and public transport for travel where possible. Trips by air are unavoidable in the lifestyle we’ve chosen, and we’ve attempted to offset this carbon by buying solar panels for a farm school in India and a solar farm in Austria, 8 KW in all. These panels will apparently offset around 8 tons annually, but there’s still more to be done.

A chance encounter in early 2017 with a conservationist who runs a hatchery for Olive Ridley turtles on the sea coast near Chennai city led me to Tiruvannamalai, a town 200 km to the south-west. Here is an organic farm school where text-book sustainable living is practiced in the most lively and joyous manner possible. There are around 100 children in the school, ranging in age from 8 to 18. This newsletter gives an idea of activities at the school.

In addition to organic farming, environmental conservation and education, the school also works with villagers in the surrounding countryside, reforesting the hill that dominates the temple town, planting around 15,000 trees a year. The school's efforts inspired us (myself and a few friends in India) to help them become energy self-sufficient, adding 5 KW of solar panels to the three they already had. Together with battery backup, the school is now completely independent of the grid. 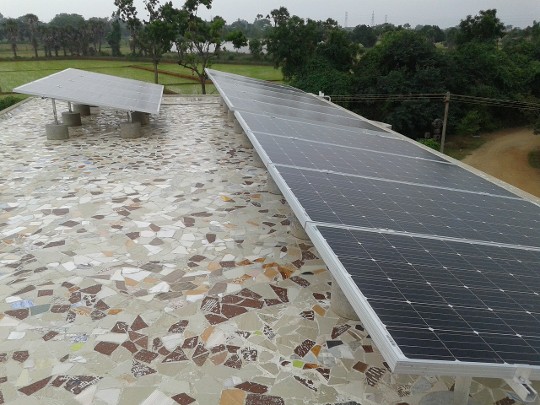 Solar panels installed at the school.

This activity led me to a thought. If IIASA's work ultimately inspired these kinds of sustainability acts, what about IIASA's own carbon footprint? IIASA's alumni are scattered all over the world. What if we joined together, wherever we are, and worked to offset IIASA's carbon emissions? Such actions would benefit our own communities, wherever we may happen to live. To kick-start this effort, I've decided to fund the planting of 1000 trees in 2018 through the farm school mentioned above. If each tree sequesters 25 kilos of carbon (as a rule of thumb, regardless of species), this would offset 25 tons of the Institute's annual carbon emissions.

Should this be a formal organized effort? Readers' suggestion welcomed here. All we would need is a virtual platform where one can document one's own efforts and have a running tally. Ultimately the goal is to achieve carbon neutrality, not only for the Institute, but for the communities in which each one of us lives. But, as for so many initiatives, IIASA could be a starting point.

Continue reading on Aviott's blog or contact him with your thoughts.

The Forest Way in the news