Dr. Sepo Hachigonta tells us about his journey after the 2007 Young Scientist Summer Program (YSSP), which led him to the National Research Foundation in South Africa. 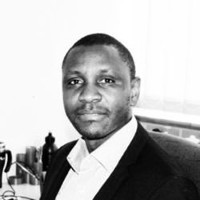 From the YSSP to the South African NMO
by Sepo Hachigonta

"Participating in the 2007 YSSP greatly shaped my career path and professional network. Enrolled as a first year PhD student at the University of Cape Town, I applied for the YSSP after being introduced to the program by a fellow PhD colleague Suzanne Carter, who participated in the 2006 YSSP. My interest in multidisciplinary research, systems methodology and science to policy research came from my YSSP participation. Besides research and networking, I enjoyed travelling and the social experiences in Vienna as well as the culture diversity of my cohort.

Soon after completing my PhD, I joined a policy analysis organisation that focused on food and agriculture. I continued to use my multidisciplinary, systems analysis skills/tools and network and mentored post graduate students. My early work on systems analysis resulted in several science to policy publications, including a book on Southern African agriculture and climate change: A comprehensive analysis.

During the past decade, I have continued to interact with IIASA researchers and YSSPers, even meeting up during my travels. In 2014, I joined the National Research Foundation (NRF), IIASA's National Member Organization in South Africa, where I lead network engagements with partners including IIASA. My current role as the Director for Strategic Partnerships at the NRF involves networking, as well as leveraging partnerships to increase the number and quality of postgraduate students in South Africa, working closely with universities, government, and other national and international stakeholders. My understanding of multidisciplinary research, my holistic approach to addressing challenges, and the strong network I have developed have greatly benefited my work.

I am actively involved in developing research programs and human capacity grounded in systems analysis in South Africa, working closely with IIASA colleagues who have been extremely supportive of South Africa's systems analysis vision. This includes starting the Southern Africa's YSSP from 2012-2015, and more recently the Southern African Systems Analysis Centre (SASAC), which provides PhD scholarships, short training opportunities, and linkages for South African students and researchers to collaborate with IIASA. This strong partnership with IIASA is evident in the increased role IIASA has supervising and mentoring students from South Africa and the region and the growing number of publications showcasing collaborative outcomes between South Africa and IIASA, including the recent book Systems Analysis Approach for Complex Global Challenges.

It is always a pleasure visiting IIASA, re-igniting my YSSP memories, and reminiscing how young Tanja Huber, the YSSP Coordinator, and I look 11 years later. Picture taken June 2018." 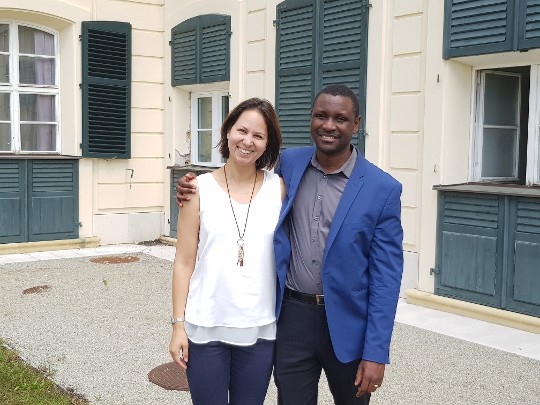