"Urban Hospital Location" by Professor Les Mayhew is being republished on the 70th Anniversary of the UK's National Health Service. 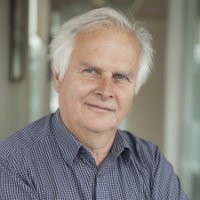 Originally published in 1986, Urban Hospital Location examines the rising costs of health care and how the problem of providing a cost effective and equitable pattern of health services is now a vital issue in many countries.

It argues that location decisions are especially difficult in cities because of the shifting geographical distribution and demographic structure of urban populations. The book shows how the utilisation of health services is strongly influenced by their location and argues that better geographical organisation of health care facilities would contribute significantly to a more equitable and effective health service. 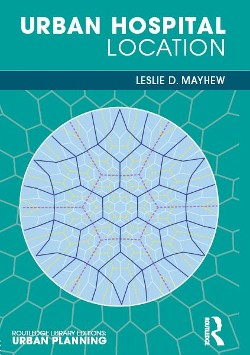 Prof. Mayhew states that "the ideas expressed therein, plus the planning models and case studies have been widely applied in the UK and in countries as far afield as Australia, Italy, Japan, Slovakia, and the United States, and have informed strategic decisions about the future delivery of health care services in cities as far afield as London, Sydney, Turin, and Kobe."

This year marks the 70th Anniversary of the UK’s National Health Service, and this book will be of interest to all those who believe in rational analysis, equity, efficiency and whole systems thinking.

The original publication was based on Prof. Mayhew's PhD thesis and partly researched and written at IIASA between 1980 and 1982, when Mayhew was in the Human Settlements and Services Program.

Prof. Mayhew is Professor of Statistics at Cass Business School in the Faculty of Actuarial Science and Insurance, an Honorary Fellow of the Institute for Actuaries, and a member of the Royal Economic Society. His research interests include demography, health care systems, pensions, long term care and housing. His consultancy company advises central government, health care providers, and local authorities on policy, service commissioning and evaluation. His research on linking data from different administrative sources to estimate populations is credited for the reforms to the UK Census which are now underway.

After completing his PhD in 1979, he worked at IIASA for 2 ½ years in the Human Settlements and Services Program and worked in the IIASA Social Security Reform Program between 1999 and 2003. For much of this time, Mayhew was a senior civil servant in the Department of Health and Social Security, and then in the Department of Social Security. From 1993 to 1998, he was a director in the Office for National Statistics (ONS), and its predecessor the Central Statistical Office (CSO), based in Her Majesty’s Treasury. He joined Cass Business School, City University London, in 2001 where he has remained ever since.