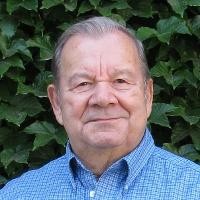 The International Institute for Advanced Studies in Systems Research and Cybernetics honored Prof. Dr. Tuncer Ören with the 2018 Golden Award of Excellence in recognition of his excellent scholarly work and significant contribution to the advancement of knowledge in systems science and cybernetics.

Prof. Dr. Ören also received The Society for Modeling & Simulation International (SCS) McLeod Founder's Award in 2017. The SCS recognized Dr. Ören for his commitment to nurturing a robust evolution of the profession. The significant nature of his contributions were supported by their wide dissemination in the technical literature, and their discernible impact on the manner in which some aspect of the modelling and simulation activity is carried out.

His career in modeling and simulation began as a Systems Engineer at IBM in Istanbul, Turkey and continued with a Ph.D. at the (World’s first) Systems (currently, Systems and Industrial) Engineering Department  of the University of Arizona, in Tucson, Arizona.

Prof. Dr. Ören has been the lead author of the code of professional ethics for simulations. Some of his latest publications, with his colleagues, include: “Guide to Simulation-Based Disciplines: Advancing our Computational Future” as well as “The Profession of Modeling and Simulation.”

In 2016, Prof. Dr. Ören was recognized as an SCS Fellow, and in 2015, he was honored by his eminent colleagues who contributed to the book edited by Prof. Levent Yilmaz: “Concepts and Methodologies for Modeling and Simulation: A Tribute to Tuncer Ören.”

Prof. Dr. Ören is professor emeritus of computer science at the school of Electrical Engineering and Computer Science at the University of Ottawa, Canada. He has over 500 publications, including 46 books and proceeding; currently, with his talented young colleagues, he is working on four books. His research interests include: advancing modeling and simulation methodologies, agent-directed simulation, agents for cognitive and emotive simulations, body of knowledge and taxonomies, multilingual terminology of simulation, and reliability, quality assurance, failure avoidance, and ethics. He is also leading a group in Turkey on the meticulous use of Turkish in Informatics. He has contributed to over 500 conferences and seminars held in 40 countries and has been keynote or invited speaker, or honorary chair in about half of them. A list of his books and proceedings may be found here.

Dr. Ören at the University of Ottawa

International Institute for Advanced Studies in Systems Research and Cybernetics