Edoardo Borgomeo co-led the recent World Bank publication Beyond Scarcity: Water Security in the Middle East and North Africa. Below he shares what the study shows and how the YSSP contributed to his professional growth. 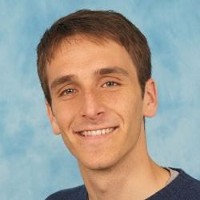 In 2014, I had the opportunity to join IIASA as a YSSP. I initially thought of IIASA as a very nice palace where I would have time to write part of my doctoral thesis, though I was soon proved to be wrong. I had yet to realize that my stay at IIASA would re-shape my thinking and view of the world.

Although I was academically and professionally a water person, I was assigned to the Risk, Policy and Vulnerability group. This was a foreknowing choice made by the YSSP organizing committee, as my thesis and future work have since applied risk analysis methods to water management problems.

Working at the interface between water and risk has given me the opportunity to work on a range of applied research problems, most recently for the Water Global Practice of the World Bank. For the past two years, I was fortunate to work with water experts at the World Bank on a study assessing the status of water security in the Middle East and North Africa. The study, called Beyond Scarcity: Water Security in the Middle East and North Africa, was recently published and is now being used by the World Bank to engage governments and civil society in the region and beyond on issues relating to water management, development, and conflict prevention. Working with World Bank experts has helped me place water issues within broader social, economic, and political contexts.

As the report argues, water problems in the Middle East and North Africa go much more beyond scarcity. It is not just the absence of water that creates problem, but the way societies seize its productive value, the way they are able to deliver it to the most vulnerable, and the way they are able to protect it from depletion. Water security is a broad concept, which helps us think about what we want our ‘water world’ to look like and how best to get there. For the Middle East and North Africa, the study covers three areas. First, it asks how the region can reach sustainable and productive use of its scarce water resources. It shows that technological advances to augment supplies, such as desalination, are not enough if they are not aligned with governance systems and conservation and reuse practices. Second, it assesses whether or not water is being delivered affordably and reliably. Conflict in the region has reversed hard-won progress, meaning that in many countries citizens now lack access to water. Finally, the report shows how managing and mitigating risks from extremes, conflict and transboundary waters is a critical element to achieve water security. Cooperation, early warning systems, and investments to protect the most vulnerable are all measures that need to be taken to mitigate these risks.

In preparing this report, I often thought about my YSSP experience and the lessons it taught me. Most of them were not technical, but rather dealt with soft skills. The ability to consider different disciplines, communicate one’s specialized knowledge in a simple language, and multi-cultural sensitivity were some of the soft skills I acquired during the YSSP, which helped me navigate and enjoy my time at a big international institution like the World Bank.

Perhaps the single most important skill I acquired during my time at IIASA, thanks to the supervision of world-caliber statisticians and risk analysts like Georg Pflug and Stefan Hochrainer-Stigler, is to go to the point and avoid dancing around an issue. Simple communication – based on one’s understanding of the subject – and clarity of language are very important. I still remember the many opportunities we had to speak about our work during the YSSP: these communication trainings and the feedback we received was the most important learning experiences from my time at IIASA. 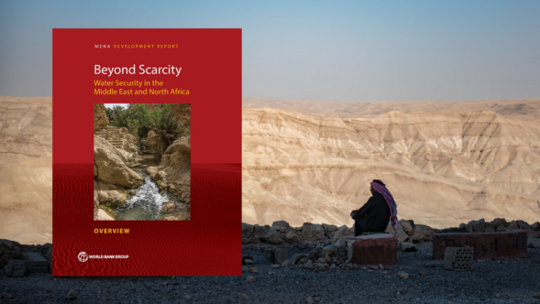 Beyond Scarcity : Water Security in the Middle East and North Africa

Edoardo is an honorary research associate at the Environmental Change Institute, University of Oxford. He also works as a consultant for the World Bank on water resources management projects. Beyond the Middle East and North Africa region, Edoardo has experience working on water issues in Latin America (Brazil, Peru and Colombia), South Asia (Pakistan and Bangladesh), Africa (Ethiopia) and the United Kingdom, and his research interests include water resources planning, climate risk management, water system analysis and environmental modelling.

Beyond Scarcity : Water Security in the Middle East and North Africa