Prof. Shamir is a member of the Israeli Committee for IIASA; though his relationship with IIASA began while Howard Raiffa was Director. Shamir visited the institute on 11 April, and below he shares his IIASA story. 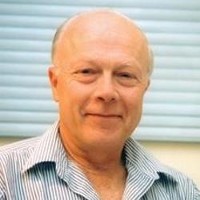 My connection to IIASA is closely linked to a personal relation with Howard Raiffa. I had visited IIASA several times over the years, to participate in meetings on management of water resources, starting with the 1980 Workshop on "Conflicts, Criteria, Uncertainty and Institutions in Regional Water Management." When I was on sabbatical leave at MIT in 1984, I arranged a meeting with Howard to discuss an NSF research project that I was leading on management of water resources systems under uncertainty. Howard was both helpful and kind, and he encouraged me to continue my involvement with IIASA.

The professional connection evolved quickly into a personal relation, which also embraced his wife Estelle and my wife Yona, a close and warm relation that lasted over the years. My wife founded and manages an Israeli company engaged in teaching negotiation and mediation. Howard’s generous and friendly support of her initiative and activities was a determining factor in the success of her company. On my side, Howard showed continued interest in Middle East water issues. He followed my engagement in the negotiations with Israel’s neighbors that led to a Treaty with The Hashemite Kingdom of Jordan (1994) and the Oslo Agreement with the Palestinian Authority (1995), and provided wise reflections on how the issues might be addressed effectively. Our engagements with Howard are reflected in his 2011 “Memoir: Analytical Roots of a Decision Scientist,” a copy of which, signed and given to us, we cherish.

At one point, Howard and I hatched the idea of creating MEIASA, a Middle East Institute of Applied Systems Analysis, that would reside somewhere “under the palm trees in a neutral desert area between Egypt and Israel.” The concept was to emulate in the Middle East the original East-West mission of IIASA, namely to create a science-based institute of the highest caliber where systems scientists and experts from Israel and neighboring countries would work jointly on win-win topics, thereby creating a vision and platform for mutual benefit cooperation, even though conflict seems to be the dominant disposition of the leaders. Regrettably, we did not manage to push the idea to the decision makers. Water would have been among the leading topics, but it could have also covered agriculture, health, energy, population, social services, education, commerce, and more.

In 2017 Israel became a member of IIASA, while Egypt has been a member since 2003 and Iran since 2016. Maybe the MEIASA vision can be realized at IIASA itself, as more countries in the region join. Israel has begun a process of engaging with IIASA to integrate systems analysis into its government sector. In my own area, management of water resources and systems, Israel has a rich and productive 50-year experience of research, development and effective implementation of systems approaches and models, including consulting in many countries around the world.

As member of the Israeli IIASA Committee I am committed to help in introducing Systems Analysis into the Israeli government and public sectors, in cooperation with IIASA teams. Energy, water, and air quality have been selected as the first sectors to do so.

My last visit to IIASA was for the November 2015 conference in honor of Howard Raiffa, at which he could appear only in a recorded interview. I visited IIASA again on 11 April 2018, to meet with friends and colleagues and advance the joint SA work with the Israeli experts. 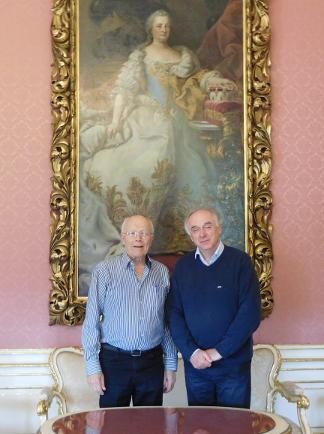 Prof. Shamir at the Israel Institute of Technology

In Memory of Howard Raiffa

The Founding of IIASA