The US National Academy of Engineering (NAE) is hosting a symposium in honor of Robert M. White on Tuesday afternoon, June 14th, in Washington, DC, in which alumnus Jesse Ausubel will participate as one of the moderators. 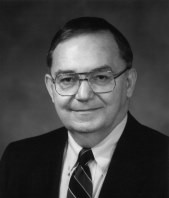 © US National Academy of Engineering

The Robert M. White Memorial Symposium will be held in the West Court of the National Academy of Sciences Building, 2101 Constitution Ave., NW. Alumni in the area who would like to attend may register here.

To illustrate and represent Bob’s optimistic vision of meeting the world's challenges, the NAE has decided to look back at his achievements in science, engineering, and building institutions, and to focus on the future as he would wish. The symposium will cover weather forecasting, meeting the climate challenge, and assessing both the institutional change and institutional creations needed for our world today. The event will close with reflections on “Bob White the Man” by a panel of former colleagues, friends, and family members.

Bob was the US IIASA Council member in 1990, during a pivotal time in the history of the Institute. His leadership of US support for IIASA was part of a lifetime of leadership in the US scientific community. A graduate in geology and meteorology from Harvard and MIT, in 1970 Bob became the founding administrator of the US National Oceanic and Atmospheric Administration and later the first chairman of the World Climate Conference. From 1983 to 1995 he was also President of the National Academy of Engineering, overseeing the development of new methods of weather forecasting, leading to the World Weather Watch System.

During this symposium that celebrates Bob's life and career, Jesse Ausubel will moderate the panel discussion on "Bob White the Man." IIASA joins the NAE and Jesse in honoring the memory of this dear friend and colleague.