On 2-3 July the IIASA Director General and CEO, Program Directors, and other senior officials will meet a delegation from the Iran National Science Foundation (INSF). 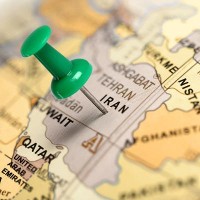 IIASA leadership and Program Directors will meet with INSF President Professor Nosratollah Zargham and International Institute of Earthquake Engineering and Seismology (IIEES) Professor Mohnsen Ghafory-Ashtiany. The INSF was founded in 2003 in order to support researchers and scientists and their interaction with policy makers. It is an Iranian government agency that supports fundamental research and education in all the fields of science, engineering, and medical science. The foundation works closely with more than 26,000 faculty members of universities and research institutions.

In February 2015 IIASA Director General Professor Dr Pavel Kabat and Special Advisor to the Director General Professor Chin-Min Lee visited Iran and met with both Zargham and Ghafory-Ashtiany as part of their trip. This follow up visit to IIASA will provide more detailed information about IIASA’s work. The delegation will hear presentations from various IIASA programs, which will be followed by individual meetings with IIASA researchers to discuss future collaborations.

Recent IIASA research from the Risk, Policy and Vulnerability program is examining the social acceptance of renewable energy use in Iran, which remains a minor share of the current energy supply in the country, compared to fossil fuels and nuclear energy. Public support or opposition as well as willingness to use renewable energies (RE) are important drivers for deployment of solar and wind energy generation technologies. Therefore, researchers are exploring different cognitive and behavioural factors influencing support, opposition or willingness to use RE. In several recent publications, IIASA researchers Masoud Yazdanpanah and Nadejda Komendantova study these human factors, which are essential for energy transition in Iran. Their work is based on several surveys, studies of perceptions and views of different stakeholders in Iran.