The visit brought together IIASA experts with leaders in German aerospace research, to discuss areas of common research interest and possible future collaborations. 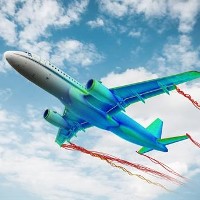 IIASA researchers and leadership met with a high-level delegation from the German Aerospace Center (DLR). The DLR delegation included: Pascale Ehrenfreund, chair of the executive board; Nicolas Peter, head of international relations; and Mark Azzam, head of the DLR Think Tank.

The DLR is the national aeronautics and space research center of the Federal Republic of Germany. The organization does research and development work in aeronautics, space, energy, transport and security, which is integrated into national and international cooperative ventures.

The discussions at IIASA included updates from researchers working on energy, the environment, air pollution, and transportation, with updates from projects at both DLR and IIASA.

IIASA researchers have collaborated with DLR in the past, for example on the project Energy Use Impacts on the Environment (EnerGEO). The project, which ran from 2009-2013, assessed the current and future impact of energy use on the environment by linking environmental observation systems with the processes involved in exploiting energy resources.

Research collaborations between IIASA and Germany have been highly productive throughout IIASA’s history. Since 2008, this cooperation has involved over 70 German organizations and led to almost 900 joint scientific publications and wide-ranging policy advice delivered via organizations such as the German Advisory Council on Global Change (WBGU).

Joint studies focus on the complex global systems that affect Germany, its economy, and its people. Research topics include transformation paths to a sustainable energy system, the impact of demographic change in Germany and optimizing strategies to reduce greenhouse gas emissions. Underpinning the joint work is systems analysis—one of the few research tools with the breadth and depth to explore these complex problems across multiple sectors, countries, and timeframes. IIASA’s collaborations are both applying these systems approaches and advancing the mathematical methods and models of systems analysis.

Moreover, the next generation of system analysts are profiting from German involvement in IIASA’s capacity building activities. This mutually beneficial relationship involves significant scientific exchange, with over 600 visits from German researchers, advisors, and diplomats to IIASA, and over 300 visits by IIASA researchers to events and institutions in Germany.