The OECD initiative New Approaches To Economic Challenges (NAEC) hosted a conference on the interconnections between financial, economic, environmental, and societal systems. Participants explored the latest scientific findings and policies on how stressed and strained complex systems could be placed on a sounder footing through strengthened buffers, safeguards, and systemic resilience. 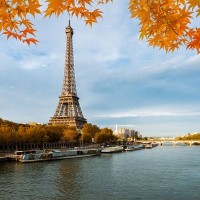 IIASA research partner Organisation for Economic Co-operation and Development (OECD) launched its NAEC initiative in 2012 to reflect on the lessons for economic analysis and policymaking from the financial crisis and Great Recession. Last year, their 10 Years After the Crisis conference, in which IIASA also participated, suggested that a crash now could come suddenly, from many different sources, and would have immediate catastrophic effects. This conference on Averting Systemic Collapse was an opportunity for leaders in academia, think tanks and civil society to discuss new approaches to economic theory and policy, and new tools and techniques to address systemic threats.

The conference was based on four draft reports, including Systemic Thinking for Policymaking: The potential of systems analysis for addressing global policy challenges in the 21st century – a joint report by IIASA and the OECD, including more than 70 natural and social scientists. This report presents major substantive proposals for strategies to contain critical global issues within a coherent systems framework, drawing on innovative methodologies, models and tools for research and policy analysis.

For the full program and all reports, please refer to the conference website. 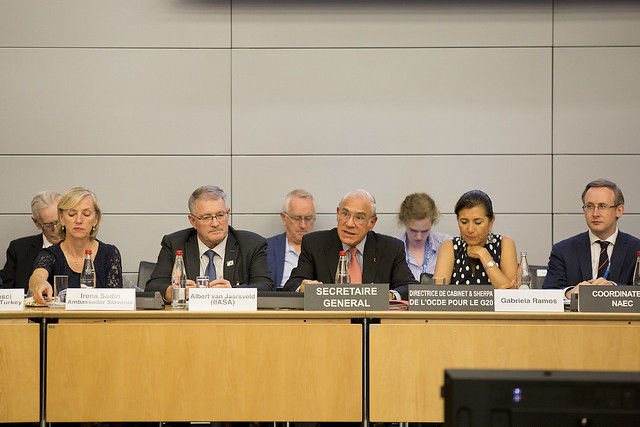 The OECD has its beginnings in the Organisation for European Economic Cooperation (OEEC), which was established in 1948 to run the US-financed Marshall Plan for reconstruction of a continent ravaged by war. By making individual governments recognize the interdependence of their economies, it paved the way for a new era of cooperation that was to change the face of Europe.

Encouraged by its success and the prospect of carrying its work forward on a global stage, Canada and the US joined OEEC members in signing the new OECD Convention on 14 December 1960. The OECD was officially born on 30 September 1961, when the Convention entered into force.

The Organisation for Economic Co-operation and Development (OECD)

IIASA and the OECD strengthen their strategic partnership