Tawana Kupe, Vice-Chancellor and Prinicipal of the University of Pretoria visits IIASA

Vice-Chancellor and Principal of the University of Pretoria, Tawana Kupe, visited IIASA on 29 January 2020. 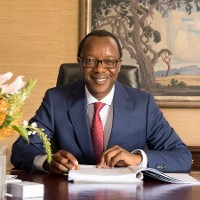 During the visit Tawana Kupe met with IIASA Director General and CEO Albert van Jaarsveld and with members of the IIASA external relations team where he learnt more about the IIASA research agenda.

He also met with representatives of the IIASA World in 2050 (2050) initiative and the IIASA Integrated Solutions for Water, Energy, and Land (ISWEL) initiative, to learn more about their work related to meeting the Sustainable Development Goals (SDGs).

The visit concluded with a lecture by Kupe to IIASA staff on the Role of Universities in achieving the SDGs.

Professor Tawana Kupe is the Vice-Chancellor and Principal of the University of Pretoria since January 2019. He is the Africa Co-Chair of the Australia Africa Universities Network (AAUN) since 2019 and a Honorary Doctorate in Humanities was bestowed on him by Michigan State University in December 2019.

Prior to his appointment as Vice-Chancellor and Principal Professor Kupe served as the Vice-Principal of the University of the Witwatersrand, responsible for the daily running of the University and the coordination of operations across all executive portfolios. Prior to this appointment, he held the rotating Vice-Principal post for one year and also served as the Deputy Vice-Chancellor for Advancement, Human Resources and Transformation. Between 2013 and 2014 he was Deputy Vice Chancellor for Finance and Operations.

He served as the Executive Dean of the Wits Faculty of Humanities for six years, between January 2007 and December 2012, after serving as the Head of the then Wits School of Literature and Language Studies, and the founding Head of the Media Studies Department.

Kupe has a notable publication record, having authored journal articles, books and book chapters in his main discipline, Media Studies and Journalism. He edited a major book “Broadcasting Policy and Regulation in Africa” and with two other Wits University academics Eric Worby and Shireen Hassim, “Go Home or Die Here”.  Over the years, Prof Kupe has played a key role in the establishment of select new innovative initiatives at Wits, of which the latest in 2018 the Africa Centre for the Study of the United States.  He also initiated the establishment of the Wits Arts and Literature Experience (WALE), an interesting platform that showcases Wits’ unique achievements in primarily the creative arts and literature across a range of disciplines in the humanities.

He is an active member of several Civil Society Organisations, including the AmaBhungane Centre for Investigative Journalism. He is also Chairman of the Board of Media Monitoring Africa since 2005.  He has been a judge and convenor of multiple major journalism awards in South Africa and is the inaugural convener of Judges for the Discovery Health Journalism Awards. He also serves on the board of a major private company and is a member of the International Association of Media and Communication Research (IAMCR).

Professor Kupe is a popular invited speaker, academic expert and regular commentator on issues of media performance on radio, television and the print media in South Africa for local and international media. He has also been a columnist for several newspapers and magazines in South Africa. 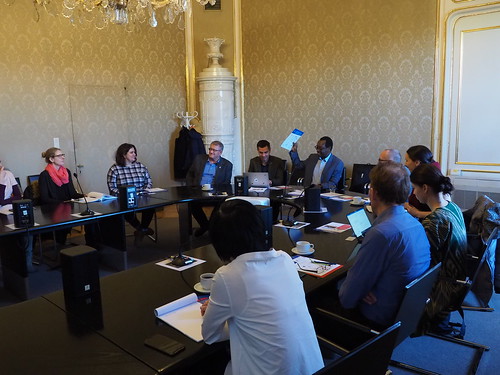 Since South Africa’s membership of IIASA, a range of research collaborations and capacity building activities have been developed by IIASA and over twenty South African research partners.