This workshop aims at discussing the framework and content of the future IIASA’s project “Challenges and Opportunities of Economic Integration within a wider European and Eurasian Space” initiated upon the request by the Administration of the President of the Russian Federation, IIASA, in cooperation with the Russian Academy of Sciences. 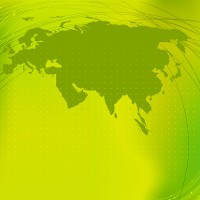 With the political will of their Presidents, Russia, Belarus and Kazakhstan joined in a Customs Union (CU) in January 2010, which has provided free trade of goods and services within its borders. The successful implementation of the CU has created the basis for deeper integrated labor and financial elements in the framework of the Common Economic Space (CES) countries. It is anticipated that cooperation in the Eurasian Space will lead to the future creation of the Eurasian Economic Union (EAEU) which will, in turn, establish not only economic cooperation for the “three” and possibly more countries, but also integration at a political level.

This workshop brings together participants with backgrounds in scientific, technological and practical aspects of economic integration. It aims at building the project’s capacity by:

The international and interdisciplinary research project “Challenges and Opportunities of Economic Integration within a wider European and Eurasian Space”, which was launched by IIASA in 2013, aims to discuss and analyse issues of economic integration within the Eurasian continent. European and Eurasian cooperation extends to the key Asian players, such as China, Korea and Japan, as well as the USA. The multidisciplinary approach of the project include economic, technological, institutional, demographic, sectorial (finance and investment, energy, infrastructure, etc.) aspects of Pan-European/Eurasian development.
The three-year research project consists of a series of workshops at which specific aspects of integration are discussed by scientists and stakeholders representing all interested regions; follow-up discussion summaries outline the state-of-the-art in this field and reflect on different futures.
The project has been discussed and initially supported by the European Commission, the Eurasian Economic Commission, the Eurasian Development Bank, the Russian Academy of Sciences, and some other European and Eurasian institutions.
As a result of this project’s international multidisciplinary and independent nature, it is well positioned to provide scientific substantiation in support of possible options for trade policies across all major parties involved in this region, in addition to its scientific methodological contributions.