Under the framework of the YSSP Fund, the Petr Aven YSSP Fellowship offers an advanced graduate student from Russia or a developing country, that is not a member of IIASA, the opportunity to participate in the Young Scientists Summer Program. 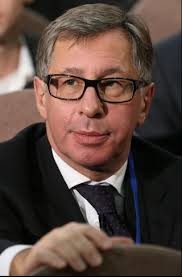 Petr Aven was a YSSP participant in 1977 and remembers this experience as the best time of his life. He returned to IIASA from 1989 to 1991 and was one of the initiators of the very influential economic reform research program that catalyzed market liberalization in Russia and many other East European countries. From 1991 to 1993, Petr Aven was the Minister of Foreign Economic Relations for the Russian Federation. From 1994 to 2011 he served as the President of Alfa-Bank.  Currently Mr. Aven is the Chairman of the Board of Directors at Alfa Banking Group.

"My involvement in the IIASA summer program was my first experience working with foreign scientists, who I found to be a rich source of new knowledge and expertise. Today, many years after my YSSP experience, I am still aware of the influence my participation in the program had on my life", he says.

Petr Aven tells of his time at IIASA as a young scientist in 1977 and a research scholar in the late 1980s and early 1990s, when he worked with an international team of economists to develop a blueprint for the economic transition of the Soviet Union as part of IIASA's Economic Transitions and Integration project. Following his time at IIASA, Aven became Minister of Foreign Economic Relations for the Russian Federation from 1991--1992, and President of Russia's largest private bank, Alfa-Bank, from 1994 to June 2011. Today he is Chairman of the Supervisory Board at Alfa Banking Group and Board Member of Alfa Bank Russia.

More about the YSSP