An Energy Summit under the auspices of Vaclav Klaus, President of the Czech Republic, took place in Prague Castle on 24-25 May to explore and prepare for the dynamic changes to Europe’s gas markets. 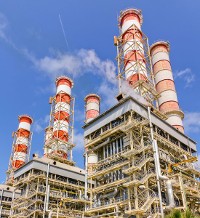 Prof. Kabat spoke about the past, present and future of IIASA with a focus on the Institute’s role in energy research from the early 1980s to today’s Global Energy Assessment (GEA). He also announced the launch of the GEA at Rio+20, the United Nations Conference on Sustainable Development, in June.

During the summit, Prof. Kabat met with several dignitaries with whom he discussed IIASA’s 40th Anniversary Conference in October.