The future of the Arctic, IIASA, and Finland

IIASA Director General and CEO Professor Dr. Pavel Kabat presented the institute's Arctic Futures Initiative to leaders in the Finnish government at a high-level seminar on the Arctic, organized by the Prime Minister’s Office in Finland. 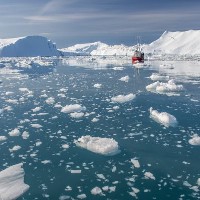 The briefings took place during the Nordic seminar: Arctic Expertise in Nordic Cooperation (NordArc2016) organized by the Finnish Prime Minister’s Office to increase cooperation between academia, political decision makers and public servants. The event included a session on the preparation for Finland's forthcoming chairmanship of the Arctic Council, which Kabat described as, “something that the Arctic Futures Initiative can make a highly positive contribution toward."

Read more about the event: High-level Nordic seminar on the Arctic 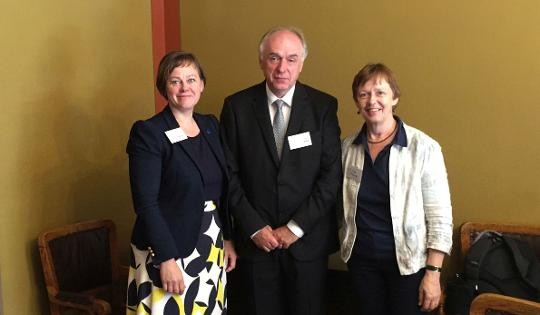 In addition to the Arctic Futures Initiative, there are a large number of collaborations between Finland and IIASA including research projects, significant interaction with Finnish policymakers, and growing scientific exchange through people. New projects have included a study of Finland’s resilience to a range of global shocks, structural change in the Finnish economy, and how to make more efficient use of Finland’s bioenergy resources. Interactions have taken place between IIASA researchers and the Prime Minister’s Office, a range of ministries from Defence to the Environment, as well as with Finnish corporations. Knowledge transfer between IIASA and Finland is also facilitated through multiple exchanges with Finnish researchers working at or visiting IIASA, and IIASA researchers visiting and attending events in Finland. The scientific output from all these activities is highly productive with 140 joint publications since 2008.

High-level Nordic seminar on the Arctic