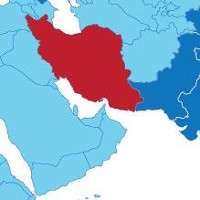 While collaborations between researchers in Iran and at IIASA date back to 2006, Iran officially became
a member of IIASA in 2016 through the Iran National Science Foundation (INSF).

Additionally, capacity building through greater scientific exchange via researching at or visiting IIASA, or taking part in IIASA’s programs for young scientists, will also be a priority for the partnership. This IIASA Info Sheet provides a summary of this emerging relationship since 2008.

A combination of climate change and water usage are responsible for the staggering drying of Lake Urmia, what was once the second largest salt lake in the world.  More

Climate change is likely to worsen the situation of the drought-stricken hypersaline Lake Urmia in Iran, even in the most optimistic climate change scenario and without any further human impact.  More