The National Research Foundation of Korea (NRF) became an IIASA National Member Organization in 2008, representing the Republic of Korea. 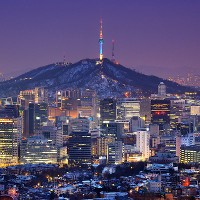 Since the Republic of Korea’s (Korea) membership of IIASA began in 2008, a range of research collaborations
and capacity building activities have been developed by IIASA and 18 Korean research partners. Studies have
explored green growth in Korea, global water challenges, and how to increase Korea’s resilience to extreme events among a range of other topics. Most of the research has also advanced Korean capacity to use and develop the tools of systems analysis such as building a Korean version of IIASA’s GAINS model that has helped governments across the globe to cut air pollution and greenhouse gas emissions in the most cost-effective manner.

Options Winter 2019/20: The South Korea Forest Service will have to implement effective forest management practices if they want to sustainably achieve the country’s aim of increasing timber extraction.  More

Nocturnal luminosity implies that North Korea's economy is poorer, more volatile and more vulnerable to weather that formerly thought according to an article in The Economist.  More 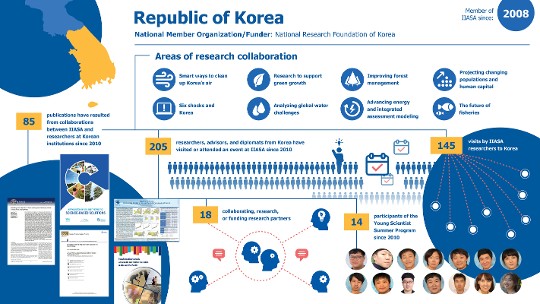