Four participants in IIASA’s 2014 Young Scientists Summer Program (YSSP) have been awarded fellowships to return to the Institute in 2015 and continue their research. 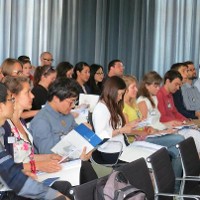 The Peccei and Mikhalevich Awards are given each year for outstanding work by YSSP participants. They provide financial support for the winners to return to IIASA to continue their research projects. In  2013, the awards were extended from three months to six months, and additional honorable mentions are now allowing recipients to come back for another three months of research at IIASA.

Read more about the award winners and their research projects.

The deadline for applications for this year's Young Scientists Summer Program (YSSP) is 12 January. Apply Now!