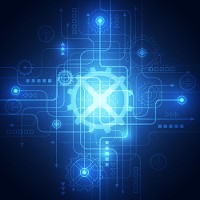 Toyota Central R&D Labs is the research institute of the Toyota Group of companies. It carries out basic research in a variety of fields including resource conservation, energy conservation, environmental preservation, and safety. Mr Masuda was accompanied on his visit to IIASA by Dr Tsutomu Kajino, Research Manager of the Social Systems Research Division, and Dr Takuya Hara, Researcher in the Social Systems Research Division—and a former participant in IIASA’s Young Scientists Summer Program.

IIASA presented some of its latest research results to the Toyota delegation including from the: 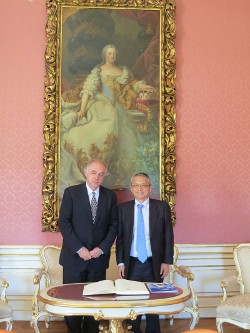 Recent research collaborations between IIASA and Toyota Central R&D Labs have developed our understanding of the global energy system and of air pollution.

Researchers from Toyota Central R&D Labs contributed to the Global Energy Assessment (GEA), which in 2012 defined a new global energy policy agenda—one that transforms the way society thinks about, uses, and delivers energy.  Coordinated by IIASA and involving over 500 specialists from a range of disciplines, industry groups, and policy areas, GEA research aims to facilitate equitable and sustainable energy services for all, in particular for around three billion people who currently lack access to clean, modern energy. Other collaborations with Toyota Central R&D Labs include energy modeling as well as empirical analysis in the area of climate change mitigation and energy transformations.

Since 2008, Toyota Central Research and Development Laboratory has also funded IIASA and partners to study:

IIASA is also seeing a growing number of contracts with commercial partners worldwide, including: