The International Center for Climate Governance has again named IIASA as one of the top think tanks for climate change economics and policy worldwide. 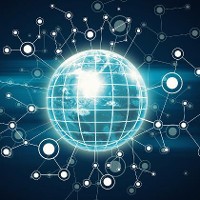 The International Center for Climate Governance (ICCG) has published the results of its 2014 “Climate Think Tank Ranking” of the most cutting-edge institutions working in the field of climate change economics and policy.

IIASA ranked 3rd in the world in the Absolute Ranking, and 9th in the Standardized Ranking out of 244 think tanks worldwide. The Standardized Ranking standardized all the think tank activity outputs in 2014 by the number of their researchers, following the criteria of per capita productivity. The Absolute Ranking considered all the think tank activity outputs produced in 2014 in absolute terms. The ranking considered 15 indicators including research output, publications, communication activities, events, and policy impacts.  This is the third year that the center has produced such rankings, and in both 2012 and 2013 IIASA was ranked among the top 5 think tanks. For more details on the award see the ICCG Press Release or visit www.thinktankmap.org.

IIASA climate research spans the fields of climate risk, vulnerability, and adaptation as well as climate change mitigation options.  Researchers at the Institute have been major contributors to reports by the Intergovernmental Panel on Climate Change (IPCC), and have been instrumental in developing the methodology used for emissions scenarios, including the next-generation Shared Socioeconomic Pathways (SSPs). IIASA researchers are also working on groundbreaking model intercomparison studies related to climate and energy, such as the Inter-Sectoral Impact Model Intercomparison Project (ISI-MIP).

Highlights of the economic, social, and academic impacts of IIASA research.