The risk of a financial crisis is substantially higher than previously estimated, according to new research that accounts for multiple levels of interconnectedness in the financial system. 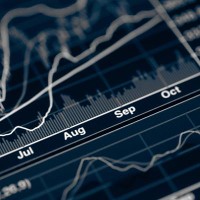 The study, published in the journal Financial Stability, introduces a new method that allows researchers to estimate the systemic risk that emerge from multiple layers of connectivity.

“Systemic risk is the risk that a significant part of the financial system stops working—that it cannot perform its function,” says IIASA Advanced Systems Analysis program researcher Sebastian Poledna, who led the study. For example if a major bank fails, it could trigger the failure of other financial institutions that are linked to it through loans, derivatives, securities, and foreign exchange exposure. The fear of such contagion is what drives governments to bail out banks.

“Previous studies of systemic risk had just examined one layer of this system, the interbank loans,” says Poledna. The new study expands this to include three other layers of connectivity: derivatives, securities, and foreign exchange. By including the other layers, Poledna and colleagues found that the actual risk was 90% higher than the risk just from interbank loans.

Currently, financial regulators tend to use market-based measures to estimate systemic risk. The researchers find that these measures also underestimate the actual risk. In Mexico, which the researchers used as a case study, they found that systemic risk levels are about four times higher today than before the financial crisis—yet these risks are not reflected in market-based measures.

“Banks today are far more connected than they were before the financial crisis,” explains Poledna. “This means that in a new crisis, the public costs for Mexico could be four times higher than those experienced in the last crisis.” 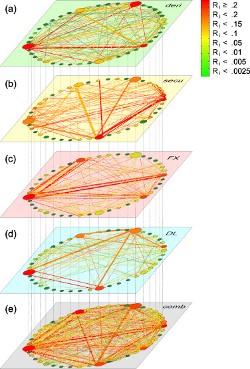 Banking systems are linked through multiple types of interactions, or layers. This figure shows the multi-layer network of the Mexican banking system analyzed in the study. © Poledna, et al. (2015) Journal of Financial Stability

The new method would make it possible to create systemic risk profiles for markets and individual institutions, which could prove useful for financial regulators aiming to prevent future crises.

In addition, the methodology provides a way to estimate the cost and repercussions of a bank failure, which could help financial policymakers determine whether a bailout would be worth the cost. Bank bailouts come at a huge cost to taxpayers, yet until now, there has been no clear method of determining the cost to the system of not bailing out a failing bank.

Poledna points out that the new method may still underestimate systemic risk, as it leaves out two additional potential sources of risk – overlapping investment portfolios, and funding liquidity. The researchers are now working in collaboration with the IIASA Risk, Policy and Vulnerability program on a new study that brings in these additional layers.

The study relied on data from the Mexican banking system but the researchers say that the method could be used for any country, as long as the data were available.