IIASA research on concentrating solar power feeds into a new report on renewable energy released at the Paris climate conference. 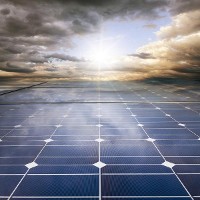 The study explores the potential for various renewable technologies to meet global energy demand in the future, as well as the potential impacts that come along with those technologies. Compared to fossil fuel energy sources, the study finds that human health impacts of renewable energy electricity production are only 10-30% of those from modern fossil fuel power sources, and the environmental impact of renewable energy sources is 3-10 times lower than fossil fuel power.

IIASA researcher Pallav Purohit contributed to the report as a lead author of a chapter focusing on Concentrating Solar Power (CSP), which is considered one of the most promising technologies for future renewable energy production. Purohit’s analysis shows that CSP has relatively low negative impacts as an electricity source, with two exceptions: it requires more metal resources compared to photovoltaic and wind power; and it also takes a relatively large amount of land, which can then not be used for agriculture or other human uses.

Purohit says, “Our study suggests that CSP technologies are at a critical stage in development. While current electricity generation by CSP is small relative to conventional energy sources, CSP is growing quickly and its potential environmental impacts and ability to mitigate greenhouse gases cannot be ignored. At this stage, policymakers have the opportunity to greatly influence how CSP contribute to a low-carbon energy future.”

IIASA researchers bring their expertise to the table.