Lazy microbes are key for soil carbon and nitrogen sequestration

Social interactions in microbial communities could explain how much carbon and nitrogen gets stored in soils—providing new insight for climate change research. 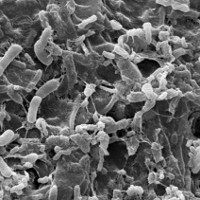 The world's soils store on the order of 2500 gigatons of carbon, which is three times the amount in the atmosphere (or equivalent to 9170 gigatons of CO2). Yet the mechanisms behind this storage are not completely understood. A new study, published in the journal Nature Communications, shows that lazy, or “cheater” microbes, which rely on those around them to make enzymes for digesting plant material lead to the build-up of organic material in soil by regulating the rate of decomposition and increasing the amount of microbial remains in the soil. The study thereby introduces a new possible control mechanism—enabled by social interactions among individual microbes—that may help to explain the massive reservoir of carbon and other nutrients in soil.

Soil microbes decompose plant and other organic matter, in the process releasing carbon dioxide and soluble inorganic nitrogen, such as ammonium or nitrate. Yet there is always some leftover organic material, consisting of carbon, nitrogen, and minerals, which remains sequestered in the soil, somehow prevented from further decomposition. That remaining organic material is what makes up the huge carbon and nitrogen stores in soil.

For a long time, scientists believed that microbes simply could not decompose some complex molecular structures, and that this would be one of the reasons for the accumulation of not-yet-decomposed organic material in soils. Recent experiments, however, show that, in fact, nearly everything could be decomposed. The question is, if microbes have the potential to decompose nearly everything, why do they stop short? 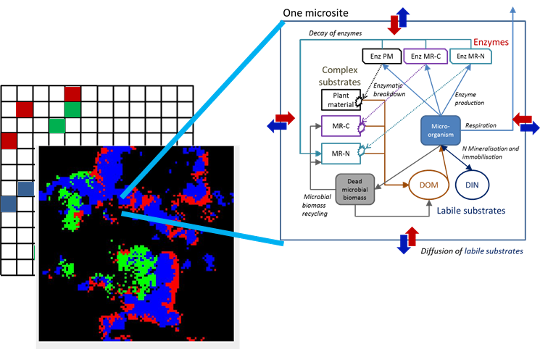 Although there are very powerful microbial decomposers out there, some microbes do the opposite – nothing. They rely on their neighbors to release the enzymes that start the decomposition process, breaking down large chunks of material into smaller pieces that the microbes can absorb. By relying on their neighbors for this first step of the digestion process, the cheating microbes save energy that would go into enzyme production.

“It’s a strategy we see all over nature,” explains IIASA Evolution and Ecology Program Director Ulf Dieckmann. “Cheaters are everywhere—across many contexts, it’s an evolutionarily successful strategy to save resources and thus become more competitive.”

The new study, by researchers at the University of Vienna and the International Institute of Applied System Analysis explores the role of microbial cheaters for soil carbon and nitrogen cycling using a computer model. Their results show that the presence of cheating microbes slows down the decomposition of organic material, so that it accumulates in soil. In particular, the presence of cheaters increases the accumulation of nitrogen-rich microbial material in the soil—essentially the undecayed remains of dead microbes. 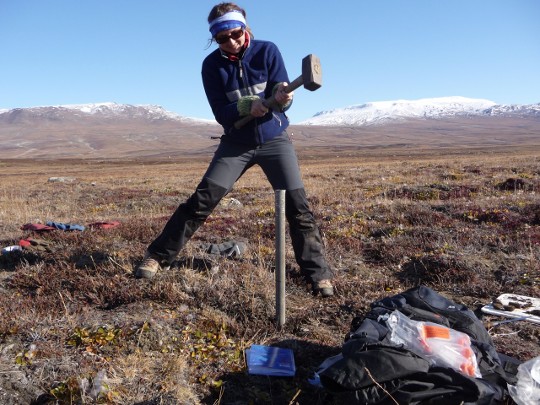 This brings down the number of enzymes capable of decomposing dead microbes, per newly formed microbial remains, which consequently accumulate in the soil.

“Since microbial remains include more nitrogen than the original plant material, this leads not only to a build-up of organic matter, but specifically to a build-up of nitrogen in the soil compared to carbon,” says University of Vienna ecologist Andreas Richter, co-author of the study.

The research also shows that the presence of microbial cheaters may help the soil system to react more flexibly to changes in environmental conditions. “If the efficiency of the extracellular enzymes increases, for example, with an increase in temperature, our study shows that the number of lazy microbes also increases, so that the overall speed of decomposition remains about the same,” says IIASA researcher Oskar Franklin, who also contributed to the study.

“We used to think that those cheaters were useless, but in fact, they may play a key role regulating the speed of decomposition,” says Franklin. “In addition, they increase the efficiency with which the microbial community as a whole uses its resources. That leads to more microbial biomass being produced compared to the amount of dead plant material—which contributes to the build-up of organic material in the soil.”

The study relied on a model that Kaiser developed during a postdoctoral fellowship at IIASA.

“The unique thing about this model is that it simulates the life and death of individual microorganisms in a tiny space, and can encompass the positive and negative influences between neighboring microbes,” says Kaiser. “In contrast to a traditional soil decomposition model, our model can elucidate mechanisms that depend on social dynamics that emerge on the microbial community level, but are driven by individual interactions among microbes competing for food and space at the smallest scale.”

“Soil decomposition is a complex process that depends on many different factors. It’s not just the actions of the cheating microbes alone that lead to the self-regulation of decomposition we observed, but their interactions and feedbacks with microbial enzyme producers within a complex microbial system,” says Dieckmann.