The 2016 Science Book of the Year prize has been awarded to IIASA researcher Karl Sigmund. The prize, awarded by the Austrian Federal Ministry of Science, Research and Economy, was given to Sigmund under the natural science and technology category, for his book about the mathematical and philosophical group, the Vienna Circle. 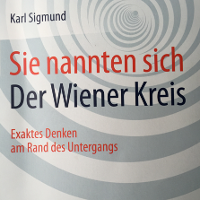 The Wiener Kreis—or Vienna Circle—was a group of philosophers, natural and social scientists, and mathematicians who met regularly at the University of Vienna between 1924 and 1936. Chaired by Moritz Schlick, a German philosopher and physicist, the circle was active in promoting “logical positivism.” This philosophical movement calls for a systematic reduction of all knowledge to its logical and empirical foundations. In other words, a statement is only meaningful if it is either purely formal (i.e., mathematics and logic) or can be reduced to experience.

“Curating an exhibition is hard work, organizing the logistics, the space, the rights,” says Sigmund. “By contrast, writing the book was sheer pleasure. I viewed it as my reward and I am glad that the readers found it rewarding too.”

The prize, which was first awarded in 2007, is given for outstanding communication of the benefits of research to the public. An expert jury initially selects a shortlist of books and the final selection is then made in an online vote by the general public. The awards ceremony will take place on the 22 April 2016.

Symposium in honor of Karl Sigmund