On 8 June 2016, IIASA signed a Memorandum of Understanding with the Ministerial Standing Committee on Scientific and Technological Cooperation of the Organizations of Islamic Cooperation (COMSTECH) to enhance scientific collaboration with Pakistan. 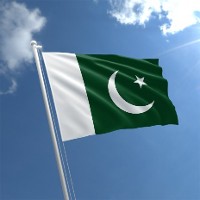 The agreement promotes the cooperation between COMSTECH and IIASA to support mutual research and capacity development goals of the institutions. It was signed by Dr. Shaukat Hameed Khan, Coordinator General, COMSTECH, and IIASA Director General and CEO, Professor Dr. Pavel Kabat.  Attending the signing ceremony on behalf of COMSTECH was Professor Kauser Malik, a distinguished agriculture scientist and the Pakistani Council Member for IIASA.

Areas of collaboration include: 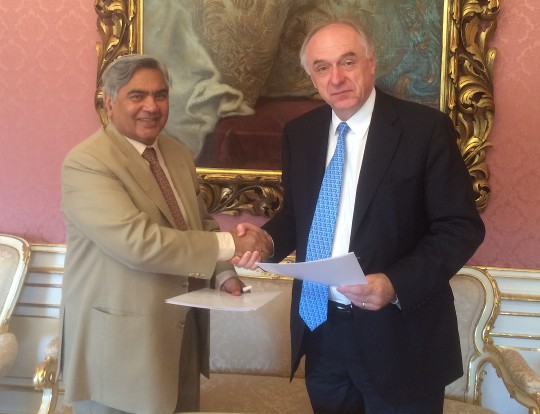 IIASA Director General and CEO, Professor Dr. Pavel Kabat and Professor Kauser Malik, the Pakistani Council Member for IIASA at the signing ceremony of the Memorandum of Understanding between COMSTECH and IIASA. © IIASA.

Research highlights between IIASA and Pakistan

Researchers from IIASA and Pakistan have carried out a range of research collaborations since the Pakistan Academy of Sciences joined IIASA as the National Member Organization for Pakistan in 2007. Joint studies have analyzed how to increase Pakistan’s resilience to natural disasters and explored ways to increase agricultural productivity. Other projects have examined how Pakistan can capture the demographic dividend and benefit from a growing portion of its population that is of working age, and identified the most efficient ways to reduce air pollution in the country.

Thirteen doctoral students from Pakistan have developed their international and interdisciplinary research skills along with expanding their networks by taking part in IIASA’s Young Scientists Summer Program or its South African version. Knowledge transfer between Pakistan and IIASA is also facilitated through researchers working together on joint publications and through visits either by IIASA researchers to Pakistan or Pakistani researchers to IIASA.