A combination of climate change and water usage are responsible for the staggering drying of Lake Urmia, what was once the second largest salt lake in the world. 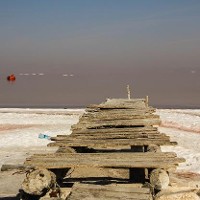 The dramatic decline of Iran’s Lake Urmia—once the second-largest hypersaline lake in the world—has both direct human and climatic causes, according to a new study published in the  Journal of Great Lakes Research.   The study was the first to compare the relative impact of climate and water management on the water flowing into the lake.

Lake Urmia was once the world’s second-largest hypersaline lake, but has declined over 80% in recent decades. Previous work by Shadkam and colleagues had shown that climate change threatens the lake’s existence, using future scenarios of climate change to project water inflow into the lake. The new study aims to better understand the causes of the lake’s decline, teasing out the relative contribution of different factors such as human water usage as well as climate-related variables, using 50 years of data from 1960 to 2010.

The annual flow of water into Lake Urmia dropped by 48% over the study period. Using a model of water flow into the lake, the researchers found that 60% of this decline was caused by climate changes, such as change in precipitation and temperature, and that the remaining 40% of the decline could be attributed to water resources development, such as diverting water for irrigation that would otherwise flow into the lake.

Most previous studies have indicated the dominate role of water usage in changes in the lake surface area. The new study clear indicates that climate change and variability has contributed to the lake desiccation. That means that reduces water use without taking change in the climate into account might be insufficient in saving the lake.

“Water resources and climate change are inextricably interlinked,” says IIASA Director General and CEO Professor Dr. Pavel Kabat, a coauthor on the study. “This is just one area where an integrated systems viewpoint is vital for providing sound advice to policymakers trying to solve such pressing issues.” 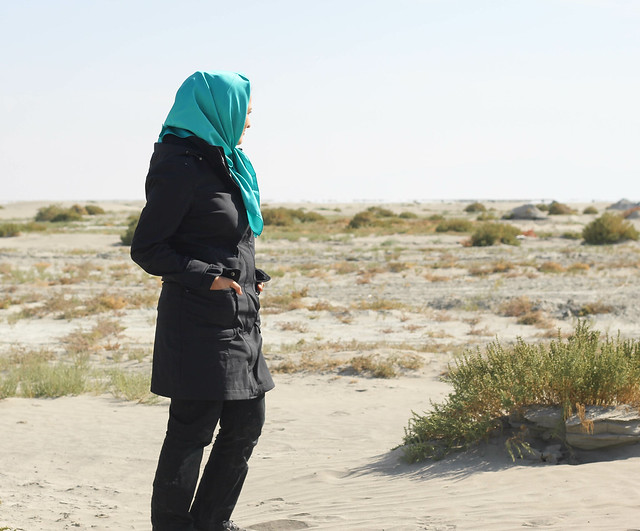 The IIASA Water Program was established in 2013 in conjunction with a flagship project, the Water Futures and Solutions Initiative (WFaS).

Managing an endangered river across the US-Mexico border