During the month of May, IIASA staff members rode their bicycles over 15,000 kilometers to and from the office, as part of a national campaign to encourage more sustainable commuting options. 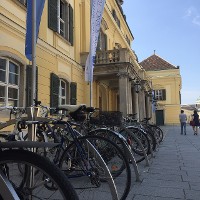 In May, IIASA staff members also received an award for their participation in the 2016 event from the Energy and Environment Agency of Lower Austria, the RADLand Mobilitätspreis 2017. The award was a service station for bikes, which will be installed at IIASA.

This is the fourth year that IIASA has organized a Bike to Work Month in May. Within IIASA, the effort is led by staff members, with support from the institute’s staff association. Each year has seen a rise in participation and interest from staff members. While the climate impact of each individual bike commute may be small, IIASA researchers say that the effort is worthwhile for a number of reasons, for example because it brings one personal action in line with messages from IIASA research, and because it can help spread awareness and influence others to change behavior. 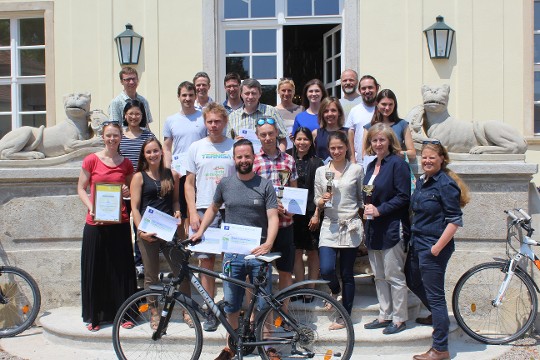 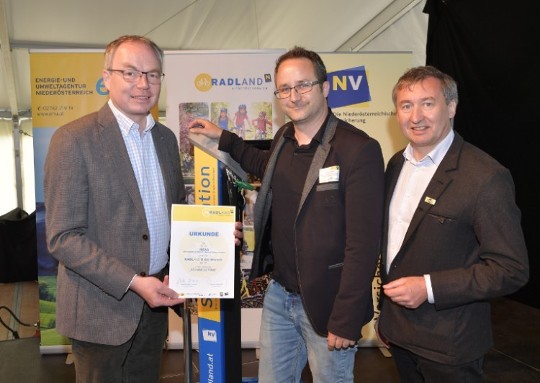 IIASA researcher Robert Sander (middle), accepts a prize on behalf of the institute from Stefan Pernkopf, deputy of the Landeshauptfrau Johanna Mikl-Leitner (left), and Director of the Energy and Environment Agency of Lower Austria Herbert Greisberger (right) ©NLK Johann Pfeiffer