The findings of a study involving researchers from IIASA, Princeton, and several other institutions looked into the question of how much the current generation should invest in reducing carbon emissions for the benefit of future generations. Their findings support the climate targets of the Paris Agreement. 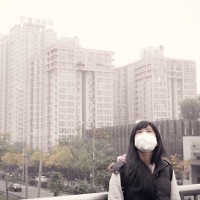 The study, published in Nature Communications, helps answer this question by quantifying whether reducing carbon emissions that will have global benefits in the future also improves air quality now. Preventing many of the human health burdens that result from air pollution would be a powerful positive incentive to act sooner rather than later.

The researchers employed a new climate policy model jointly developed at Princeton, Harvard, and IIASA, and the results show that it is economically sound to quickly and dramatically cut greenhouse gas emissions given the immediate and significant human health benefits. The findings also support the climate targets prescribed by the Paris Climate Agreement in cost-benefit terms.

The model combines the cost of reducing emissions with the potential health "co-benefits" or synergies of climate policy, which have traditionally been excluded in the cost-benefit models that estimate how much the world should pay to reduce carbon emissions. When put together, the researchers find immediate net benefits globally from climate policy investments.

"Increasingly, we are finding that it is important to consider public health impacts in analyses of climate change decision making. We've built these considerations directly into this new model to see how the cost-benefit calculation changes when these impacts are accounted for. If we include the health benefits, the model tells us to reduce our emissions much more quickly than it would otherwise," explains lead co-author Noah Scovronick of Emory University, who worked on the model while at Princeton's Woodrow Wilson School of Public and International Affairs.

The results provide an economic vindication of the Paris Agreement targets for limiting temperature rise: If improved air quality and better health are included in the analysis, then a target of 2°C is economically defensible. This is because the health benefits resulting from air pollution reductions significantly outweigh any near-term costs, especially in developing regions. Prior economic studies on this issue did not support such a strict climate target.

"The climate problem has several features that make it particularly difficult to solve," says Marc Fleurbaey, Robert E. Kuenne Professor in Economics and Humanistic Studies and professor of public affairs and the University Center for Human Values. "Here, we show that accounting for the human health dimension alleviates many of these difficulties: Health benefits begin immediately, occur near where emissions are reduced, and accrue mainly in developing regions with less historical responsibility for climate change. The finding that climate policy may not in fact entail an intergenerational trade-off could completely change the framing of the debate."

The new modeling framework for analyzing CO2 policy incorporates the costs and benefits of reducing air pollutant emissions. In particular, the environmental impacts from aerosols that result from air pollutant emissions have never been fully incorporated into this type of modeling. This is important for two reasons. On the one hand, reducing aerosol pollution is good for human health, while on the other, aerosols act to cool the earth and thus counterbalance some of the warming generated by greenhouse gases. This beneficial effect is lost when air pollutant emissions are reduced. The researchers included both of these opposing effects in their framework.

When all of the benefits and harms are taken into account, the researchers see immediate net benefits globally, both in health and economic terms. Specifically, the global health benefits from this climate policy could reach trillions of dollars annually, but their magnitude will depend somewhat on air quality policies that nations adopt independently of climate change. The team found the strongest potential near-term health benefits in China and India.

"Some developing regions have understandably been reluctant to invest their limited resources in reducing emissions," explains Scovronick. "This and other studies demonstrate that many of these same regions are likely to gain most of the health co-benefits, which may add incentive for them to adopt stronger climate policies."

"One of the most important insights of this study is that, when you consider additional facets of an already complex problem like climate change, new mechanisms may emerge that help to address the original problem," says Fabian Wagner from the IIASA Air Quality and Greenhouse Gases Program. "Our approach illustrates the power of modern systems analysis: identifying sweet spots for decision makers where apparently conflicting objectives can be resolved at a higher level of integration."

The paper, The impact of human health co-benefits on evaluations of global climate policy, first appeared online in Nature Communications on 7 May 2019.

Adapted from a press release prepared by Princeton University.