Current scenarios used to inform climate policy have a weakness in that they typically focus on reaching specific climate goals in 2100 – an approach which may encourage risky pathways that could have long-term negative effects. A new IIASA-led study presents a novel scenario framework that focuses on capping global warming at a maximum level with either temperature stabilization or reversal thereafter. 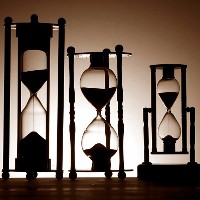 Scenarios can be seen as stories of possible futures that allow the description of factors that are difficult to quantify, such as those that influence the interconnected energy–economy–environment system. They are useful in terms of providing a way to explore how the future could evolve, and how today’s decisions could affect longer-term systemic outcomes. The resulting information is commonly used by policymakers to inform decisions around issues like the measures we should take to limit global warming to well-below 2°C and preferably even 1.5°C relative to preindustrial levels, as stipulated in the Paris Agreement.

According to the authors of the study published in Nature, the vast majority of these scenarios, however, do not actually provide answers to these questions. They explain that while the scientific community has been creating scenarios that try to hit a climate target in 2100, they have been doing so without caring about how much warming we would be committing to over the coming decades, or whether that climate target was temporarily exceeded. This contrasts strongly with the near term climate change impacts and decisions policymakers and society actually care about. This dissonance became clear to the authors through their involvement as leading authors in the scientific assessments of the Intergovernmental Panel on Climate Change. The current approach has also resulted in a large literature of pathways that favor risky strategies with little emissions reductions in the near term, along with a strong reliance on CO2removal in the second half in the century. In their study, the researchers resolve this issue and present a new scenario logic in which these important societal value judgments have to be explicitly decided on.

“Once we became aware that virtually all scenarios that are used to inform climate policy are biased towards risky pathways that for no good reason put a disproportionally large burden on younger generations, we started looking for a new logic that could resolve the issue. We were looking for a new way of designing long-term climate change mitigation scenarios that are more closely aligned with the intentions of the UN Paris Agreement on Climate Change,” explains Joeri Rogelj, a senior researcher with the IIASA Energy Program and lead author of the study.

The study draws on insights from physical science to propose a new simple mitigation scenario framework that focuses on capping global warming at a specific maximum level with either temperature stabilization or reversal thereafter. It makes intergenerational trade-offs regarding the timing and stringency of mitigation action an explicit design criterion and provides a framework in which future CO2removal deployment can be explored independently of variations in desired climate outcomes in light of social, technological, or ethical concerns. In this regard, the authors focus on three key issues: the time by which global CO2emissions become net zero, the total amount of CO2emitted until then, and the amount of CO2that is annually removed from the atmosphere by human activities in the far future.

In terms of achieving net zero CO2emissions, however, the authors note that this is not yet sufficient to meet the emission reduction requirements spelled out in the Paris Agreement, where a balance between sinks and sources of all greenhouse gases is required. The study’s proposed scenario logic will allow modelers to translate geophysical and political science insights in a quantitative framework and defines how models that simulate the energy–economy–environment system can be used to determine climate change mitigation scenarios in line with current policy discussions. The staged design of the new scenario framework also allows researchers to explore mitigation investment decisions at various points in time, where choices at one time could influence the possibilities available at others.

“This new logic illustrates in a much clearer way how the choices we make as a society about emissions reductions in the next two to three decades determine the maximum level of warming, as well as our reliance on CO2removal to return global warming to safer levels in the longer term. Interestingly, this logic also shows that once a transformation to a carbon neutral society is achieved, annual investments in the energy sector are pretty much equal to those expected for a world in which we didn’t tackle climate change at all. Additional climate change mitigation investments thus play a role in the next decades, but don’t have to be a continuous burden on future generations,” concludes Rogelj.