The impact of 1°C of global heating is already having devastating impacts on communities and ecosystems across the globe. An international research group that included researchers from IIASA and Japan, identified biases towards some selected carbon budgets in the current scenario literature. They propose a more comprehensive approach to systematically explore the carbon budget scenario space. 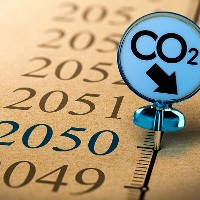 The fact that unchecked climate change will likely continue to have catastrophic impacts on communities and ecosystems in the future, has brought climate action to the forefront in societal debate, whether through youth climate strikes, business initiatives or government action. It is clear that understanding the requirements for keeping heating within acceptable limits has become essential. The state of scientific knowledge in this regard was recently assessed in the Intergovernmental Panel on Climate Change (IPCC) Special Report on Global Warming of 1.5°C (SR1.5). Apart from providing an assessment of the amount of CO2 that can still be emitted while keeping warming to 1.5°C relative to preindustrial levels – a concept known as “remaining carbon budgets” – the SR1.5 also described pathways with long-term societal transformations that would be consistent with staying within these limits.

According to a commentary by an international research group that included researchers from IIASA and Kyoto University, Japan, published in the journal Nature Climate Change, international model comparison studies have traditionally focused on a limited set of selected budgets around 400, 1,000 and 1,600 GtCO2 over the course of the century from 2011 to 2100. These budgets were prescribed when the studies were conducted, based on the state of the knowledge about the budget from the IPCC Fifth Assessment Report (AR5) published in 2014. The authors however point out that this emphasis on a limited set of carbon budgets is problematic, since carbon budget estimates are expected to be refined and updated as time passes. Any selected point estimate of the carbon budget therefore has a shelf-time and will thus continuously run the risk of being outdated.

Unfortunately, this was precisely the case during the SR1.5 where the most up to date estimates of the carbon budgets for 1.5°C and 2°C were not consistent with many of the scenarios from the major intercomparing projects. The commentary discusses the issues in the existing emissions scenarios, particularly those used by the IPCC in the SR1.5, and proposes a new approach that could be followed by the scenario modeling community to explore the carbon budget space in a more systematic manner for the IPCC Sixth Assessment Report (AR6) that is set to be published in 2021. This new approach permits modelers to hedge against future budget uncertainties by not putting all eggs into one proverbial “carbon budget basket”. According to the authors, the critical domain between 200 and 2,000 GtCO2 would be covered in 100 or 200 GtCO2 increments to explore the space that could be considered consistent with limiting warming to well below 2°C, in detail.

To this end, IIASA Energy Program Director, Keywan Riahi says that the team is currently initiating community-wide research projects that generate emissions scenarios, which could be assessed by the IPCC AR6 (e.g., the Horizon2020 ENGAGE Project).

“We think that the proposed scenarios can assure consistency between the physical climate science and mitigation assessments across the different parts of the climate change research community. It could therefore be critical for the integration of work across the different Working Groups of the IPCC when they prepare AR6 over the coming years,” says Shinichiro Fujimori, a guest researcher in the IIASA Energy Program and associate professor at Kyoto University. “We need better communication across working groups to establish new scientific knowledge. Our proposal would contribute to a wide range of scientific community works that should eventually be critical for climate policy decision making.”

Adapted from a press release prepared by Kyoto University.