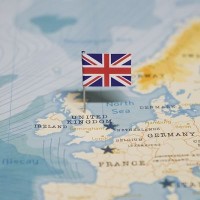 The UK has been a member of IIASA since 2015. During this time, there has been a marked increase in UK-IIASA research links, which have contributed to the development of the UK’s capacity in integrated assessment modeling. In a statement issued by the three UKRI research councils that jointly represent the country’s membership of IIASA (the Natural Environment Research Council (NERC), the Economic and Social Research Council (ESRC), and the Engineering and Physical Sciences Research Council (EPSRC)) it was confirmed that the UK would continue its membership of the institute for a further five years.

The Research Councils of the UK has placed a solution-focused approach at the heart of the country’s strategy to increase interdisciplinary challenge led research. This strategy however requires increased capability in terms of systems analysis, since it is considered one of the few research tools with the breadth and depth to explore complex problems across multiple sectors, countries, and timeframes. To this end, NERC, ESRC, and EPSRC have collectively agreed to allow IIASA researchers to apply for funding as Co-Investigators on proposals led by researchers at UK higher education institutes on calls announced from 1 January 2020.

In addition in 2019 NERC launched the NERC-IIASA joint research fellowships scheme, which will facilitate the training of UK experts in applied systems analysis. Fellows participating in the program will help spread this expertise further among their own research groups and students in the country.

“UKRI welcomes the strong links that have been built with IIASA over the first five years of UK membership and looks forward to continuing a productive relationship over the next five years. The ESRC, EPSRC, and NERC, are keen to facilitate even greater interactions between UK and IIASA researchers,” said Duncan Wingham, Executive Chair of NERC and IIASA Council member for the UK.

IIASA Director General and CEO Albert van Jaarsveld commented on the UK’s decision to continue their IIASA membership, saying: “We are delighted that the UK, a world leader in science, has decided to continue their membership of the institute. Although significant collaboration already exists between IIASA and UK researchers, membership facilitates greater research cooperation, not just between IIASA and the UK, but with researchers from all member countries, thus resulting in wider collaboration and higher-quality research outputs on all sides.”

IIASA activities with the UK