A unique IIASA report on science and art shows how partnerships between artists
and scientists can support transformations to a more sustainable future. 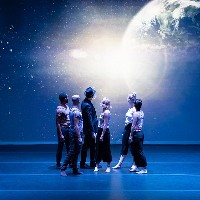 The idea of connecting science and art dates back to the Enlightenment and is once again gaining prominence because of the all too apparent limited capacity of science and technology to individually support a transformation to sustainable societies. As a research institute focused on the intersection of sustainability science and policy, IIASA is acutely aware of these limitations. A genuine transformation requires cultural, social, economic, and policy shifts to bring about far-reaching behavior and system change. For this reason, the IIASA Science and Art Project has been exploring the sustainability transformation through partnerships between artists and scientists to support cultural shifts.

“When I joined IIASA in 2015 at the invitation of former Director General Pavel Kabat to explore if and how artists and scientists could work together to support the transformation to sustainability, there was no framework, model, or handbook on how scientists and artists could collaborate effectively. I had to start from scratch. It was exciting to be on the forefront of something new and urgent, but it was also intimidating to work on such a challenging and unexplored topic,” says Gloria Benedikt, who led the Science and Art Project and is the report’s lead author. “The beauty of such a highly innovative project is that it can generate something that was not conceivable before—in this case we ended up co-developing a language and media for science to reach people and help bridge the knowledge to action gap.”

The report establishes the intellectual foundation for science and art collaboration, and explores the reasons why such collaboration is worth pursuing in the first place. It provides a rich description of the creative process used to explore how music, theater, and dance can partner with science to tackle a vast range of topics from resource depletion to biodiversity loss, from game theory to climate change, and from mechanisms of cooperation to migration. The resulting performances were presented as plenary sessions, for instance, at the World Science Forum, the International Conference on Sustainable Development, and the European Forum Alpbach, as well as in performance venues such as Carnegie Hall and Harvard University’s Farkas Hall.

“The pioneering work reflected in this report shows how scientists and artists working together can contribute to cultural and behavior change, which will be crucial if we are to succeed in translating knowledge into action on our path toward sustainability,” comments eighth Secretary General of the United Nations, Ban Ki-moon, in his foreword to the report.

The process of creating these works has yielded a framework and methodology for artists and scientists to work together. Simultaneously appealing to reason and emotion, the framework was designed to create active learning experiences that help us understand the complexity of, and ethical dilemmas inherent to the challenges we face, question deeply held beliefs, inspire better-informed decision-making, and generate new solutions.

“Since it was established almost 50 years ago, IIASA has been committed to the idea that if you don’t combine the mathematical and modeling sciences with the physical and social sciences, you won’t have anything relevant to say with regard to the big policy issues. What I however realized working with the Science and Art Project, was that we had it only partly right, since it is equally essential to combine these disciplines with the creative arts. It is essential because it is emotion that will inspire action, and the institute’s mission is to cross the science-policy divide,” says JoAnne Bayer, former Program Director of the Risk and Resilience Program, who joined IIASA in 1974.

“Meaningful cross-disciplinary engagement with complex topics such as resource depletion, climate change, and biodiversity loss is challenging, but as we show in our report, it is possible and has great potential in facilitating transformation. Now we need to seriously scale up because real and far-reaching impact can only be realized if this approach is widely used,” Benedikt concludes.

The full report as well as a documentary film can be accessed below.

Benedikt G (2020). Science and Art for Life's Sake: How partnerships between artists and scientists can support the transformation toward sustainability. IIASA, Laxenburg, Austria. [pure.iiasa.ac.at/16638]