Minor improvements in feed quality in developing countries could significantly reduce greenhouse gas emissions from livestock products, according to a new study from researchers in Europe, Africa, and Australia. 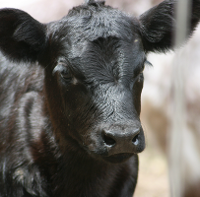 A new study published in the journal Proceedings of the National Academies of Science (PNAS) provides the most comprehensive assessment to date of global livestock production and its role in land use and contribution to climate change.

“Livestock are the largest users of land worldwide,” says IIASA researcher Petr Havlik, who led IIASA’s contribution to the study, a collaboration with researchers at the International Livestock Research Institute (ILRI) in Africa and the Commonwealth Scientific and Industrial Research Organisation (CSIRO), IIASA’s National Member Organization in Australia.

Havlik says, “We know that livestock have a big impact on climate and the environment. But until now we were lacking information about what these animals eat, how productive they are, and how much greenhouse gas they emit. We need that information in order to find where the biggest impacts come from and to improve mitigation policy design.”

This finding provides a clear suggestion for policymakers who want to help cut greenhouse gas emissions, says Havlik, “Our results show that promoting improved grassland management in developing countries, or helping to improve access to grain and hence increasing feed quality, would be a very effective way to reduce greenhouse gas emissions.” At the same time, such policies could also lead to improved food production.