Why do young people fail to thrive?

Around the world, more and more young people are failing to find stable jobs and live independently. A new study from IIASA population researchers explains why. 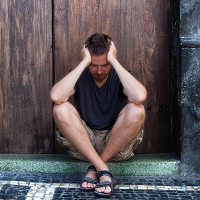 The numbers of young people who fail to transition from childhood to independent adulthood is growing – more and more young people find themselves without full-time jobs, relying on their parents, or staying longer in school. These changes can be traced changes in the global labor force and education according to a new study published today in the Finnish Yearbook of Population Research.

Skirbekk, along with IIASA researchers Warren Sanderson and Marcin Stonawski conducted the study in order to examine the common factors that help young people transition to adulthood. They call the problem, “Young Adult Failure to Thrive Syndrome.”

While the phenomenon had been recognized in individual countries, including Italy, France, Spain, and Japan, explanations have often focused on recent causes such as government fiscal difficulties. But the new study shows that failure to thrive can be traced to global economic and demographic shifts beginning in the 1980’s.

The study finds that failure to thrive can be tied to three major economic factors worldwide. First, an increasingly globalized labor force means that workers can move more easily between countries. Second, education levels have soared around the world, meaning many more workers are available for skilled positions. Third, more women have joined the labor force. All these factors mean more competition for jobs, particularly for young people who have little practical experience.

In addition to changes in labor supply, technological changes have both created and destroyed jobs, with a trend towards fewer industrial jobs and more service sector jobs.

“These changes mean that even as economic conditions have improved for some in the population, young people are worse off today than they were 20 years ago,” says Sanderson.

The researchers say that such economic disadvantages also have an effect on demographic questions such as fertility rates and family formation, as many young people cannot afford to start families until later in life.