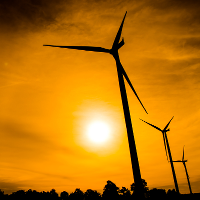 The report, released at the UN Sustainable Energy for All Forum on 4 June, connects closely with recent IIASA work such as the Global Energy Assessment.

IIASA Deputy Director General Nebojsa Nakicenovic serves on the advisory board of REN21. He says, “REN21’s 2014 Global Status Report continues to be the most comprehensive and up-to-date account of status of renewable energy, including essential statistics on installed capacities, build-up rates and financing. Moreover, the GSR tackles equally important issues regarding governance and policies with respect to renewables worldwide.  The GSR is essential reading for anyone interested in the opportunities and challenges facing energy systems, both today and tomorrow. For example, the Global Energy Assessment, published in 2012 and coordinated by IIASA, relied heavily on REN21 Global Status Reports.”

The number of emerging economy nations with policies in place to support the expansion of renewable energy has surged more than six-fold in just eight years, from 15 developing countries in 2005 to 95 early this year.

Those 95 developing nations today make up the vast majority of the 144 countries with renewable energy support policies and targets in place. The rise of developing world support contrasts with declining support and renewables policy uncertainty and even retroactive support reductions in some European countries and the United States.

Launched at the UN-hosted Sustainable Energy for All in New York, the 2014 report credits support policies with a central role in driving global renewable energy capacity to a new record level last year — 1,560 gigawatts (GW), up 8.3% from 2012. More than 22 % of the world’s power production now comes from renewable sources.

In 2013, an estimated 6.5 million people worldwide worked directly or indirectly in the renewable energy sector.

“Global perceptions of renewable energy have shifted considerably,” says Arthouros Zervos, Chair of REN21. “Over the last 10 years, continuing technology advances and rapid deployment of many renewable energy technologies have demonstrated that the question is no longer whether renewables have a role to play in the provision of energy services, but rather how we can best increase the current pace to achieve a 100% renewables future with full energy access for all. For this to be become reality, current thinking needs to change: continuing the status quo of a patchwork of policies and actions is no longer sufficient.”

Sustainable Energy For All (SEforAll) Initiative of the UN Secretary-General