Biodiversity in the balance

A new study calls into question the evolutionary stability of an ecological explanation of biodiversity. 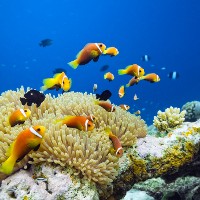 The study, published in the journal PLOS ONE, brings together evolutionary theory and ecology to explore one of the big questions in ecology: How is biodiversity developed and maintained?

“This is a fundamental question if we want to protect biodiversity—what exactly do we need to protect?” says IIASA Evolution and Ecology Program Director Ulf Dieckmann, who led the study together with Florian Hartig from the University of Freiburg, collaborating with colleagues from the Helmholtz Centre for Environmental Research in Leipzig and the French National Center for Scientific Research in Grenoble.

In introductory biology courses, students learn that two species cannot occupy the same niche, and that the world’s biodiversity is thus closely related to the number of niches that exist. But in fact, in the real world this is often not true—it appears that organisms can and do occupy the same niche, meaning that they feed on the same resource, in the same place, at the same time.

“For example,” says Dieckmann, “herring and sprat in the Baltic Sea occupy very similar ecological niches, feeding on the same kinds of plankton. How such species can robustly co-exist is a key question for modern ecology.”

One theory, known as Relative Nonlinearity of Competition (RNC), suggests that such species can co-exist because they react differently to fluctuations in resources or other limiting factors—such as algal blooms for fish, or rainfall variations for mosquitoes—causing changes in the environment that temporarily benefit the other species. This leads to a dynamic relationship in which each species temporarily benefits from the other’s influence on the environment, holding the two in balance.

“The idea has held up well in theory, but it’s difficult to test in practice,” says Dieckmann. So he and his colleagues decided to test RNC from another perspective, using three standard evolutionary models. “We wanted to find out what happens to the RNC mechanism when we allow the species to adapt.”

Their results show that RNC is typically not stable if one considers evolution: in all three models, the species differences that supported their coexistence disappear through adaptation. This means that, evolutionarily, the two coexisting species are outcompeted and replaced by a single species. Dieckmann says, “We thus suggest that the potential of this mechanism for explaining the origin and maintenance of biodiversity might have been overestimated in the literature.”

The scientists conclude that further research will be needed to understand what other mechanisms support biodiversity.

Dieckmann says that the study points to the importance of interdisciplinary research, such as that conducted at IIASA. “Because evolution and ecology research are most often done in isolation, nobody had yet thought to ask whether this mechanism was evolutionarily stable.”

Hartig F, Münkemüller T, Johst K, Dieckmann U. 2014. On the sympatric evolution and evolutionary stability of coexistence by relative nonlinearity of competition. PLOS ONE. http://dx.plos.org/10.1371/journal.pone.0094454