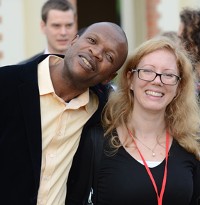 The program is organized jointly by the South African National Research Foundation, the Republic of South Africa Department of Science and Technology, the University of the Free State, and IIASA.


During the opening ceremony, Kabat also announced the three recipients of IIASA-NRF Systems Analysis Scholarships, awarded to top participants of the 2013-2014 SA-YSSP, based on internal and external review of the papers resulting from their SA-YSSP investigations.   The three young scholars will be invited to continue their research at IIASA in Laxenburg, Austria.

Nathaniel W. Tindall, Department of Environmental Engineering at the Georgia Institute of Technology in Atlanta, USA: Six-month scholarship for his study, “Agent-Based Modeling of Energy End-Use in the Residential Sector of Developing Economies: A Case Study of South Africa.”

Seuneu Tchamga, School of Mathematics, Statistics and Computer Science at the University of KwaZulu-Natal in Durban, South Africa: Three month scholarship for her study, “Delay in Stability Switches in Singularly Perturbed Models and its Applications.” 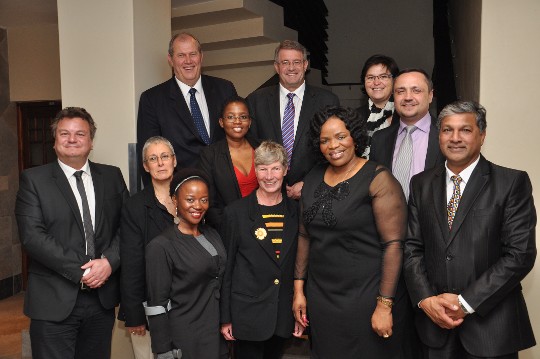