Cutting emissions of short-lived pollutants like black carbon and methane is feasible and could help to slow the warming of the Arctic, according to IIASA research. 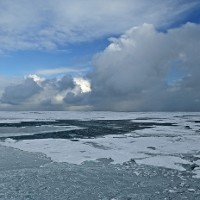 Arctic sea ice hit another record low this summer, continuing a downward trend that has outpaced even the direst predictions of climate scientists. Over the last hundred years, the Arctic has warmed almost twice as much as the global average. The melting sea ice underscores that temperature trend, but also has the potential to contribute to further warming, as sea ice itself has a cooling effect on the atmosphere.

But while the sea ice data this summer are worrisome, researchers say that it may not be too late to do something. “There is unexplored potential through the mitigation of short-lived pollutants that could slow down the warming of the Arctic,” said Zbigniew Klimont, a researcher in IIASA’s Mitigation of Air Pollution and Greenhouse Gases (MAG) program.

Klimont, along with IIASA researchers Kaarle Kupiainen and Lena Höglund-Isaksson, work with the GAINS model, developed at IIASA. GAINS uses historical data and future scenarios to provide detailed information about the costs and benefits of reducing pollutants and greenhouse gases on a regional and global scale.  The model informs policy development, including reports of the Arctic Monitoring and Assessment Program, the United Nations Environmental Program, and the Artic Council, a group of Arctic countries, including 5 IIASA member nations, that are working to protect the Arctic environment. Höglund-Isaksson presented new findings on potential for methane mitigation this week at the Arctic Council Task Force meeting in Washington, D.C.

The fast pace of warming in the Arctic is in large part because of climate change caused by carbon dioxide, but CO2 is not the only culprit. Other air pollutants like black carbon and methane also have a large warming effect, and they provide an attractive target for policies that could quickly be put into place. Klimont said, “The advantage of all these measures is that we can introduce them very quickly, much quicker than the long term transformation of the energy system that is needed to abate CO2 emissions”

Black carbon – often referred to as soot, affects climate via a number of pathways; deposited on snow and ice results in darkening of the surface which absorbs more radiation accelerating melting of ice during summer months. Globally, black carbon comes primarily from use of solid fuels for cooking and heating, diesel engines,  and open biomass burning; in the Arctic, anthropogenic  emissions are dominated by diesel engines and woodstoves and could be cut by more than 50 percent by 2030, according to the GAINS model. Black carbon lasts for only a few weeks in the atmosphere, so measures to control it would have a nearly immediate effect. The researchers note that black carbon is a component of particulate matter, which is recognized as having adverse health effects.

Methane is strong greenhouse gas with a relatively short atmospheric lifetime of 12 years and causes warming both locally and globally. In the Arctic, most methane comes from oil and gas production, which could be cut with relatively low-cost measures, says Höglund-Isaksson, who focuses on the gas. “The eight Arctic countries contribute about 20 percent to global anthropogenic methane emissions, with almost 90% of that from Russia and the United States,” she says. “Global methane emissions could be cut by about half if existing mitigation technology is fully adopted, and a quarter of that reduction could come from Arctic countries.”

The researchers note that while such short-term, quick fixes could have an immediate effect in the Arctic, there is still a need for longer-term changes that cut carbon dioxide and other greenhouse gas emissions worldwide. “Reducing emissions of black carbon and methane will help slowing the rate of temperature increase in the next decades, especially in the Arctic and other sensitive regions. However, such measures do not substitute for the urgent need to cut long-lived greenhouse gases such as CO2 if we are going to stabilize global temperature in the long-term to below 2 degrees above pre-industrial levels,” says Markus Amann, leader of the IIASA MAG program. 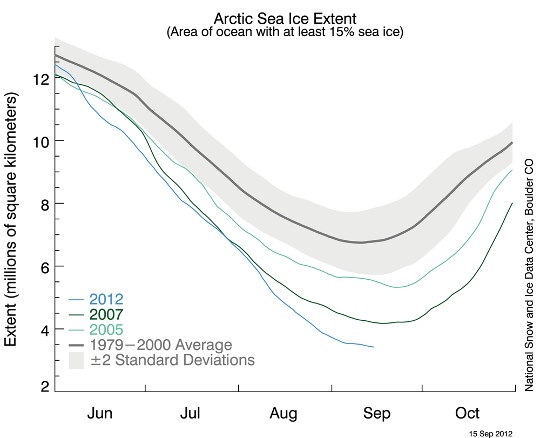 AMAP, 2011. The Impact of Black Carbon on Arctic Climate (PDF)