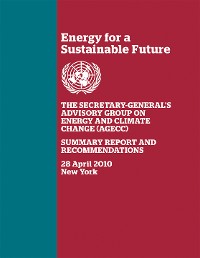 The adoption of the Millennium Development Goals (MDGs) by world leaders in 2000 sparked a wave of optimism across the world that some of the most chronic problems affecting human wellbeing and environmental sustainability could be addressed and overcome within 15 years. However, as UN Secretary-General Ban Ki-moon observed in The Washington Post in January 2010 after meeting Haiti earthquake survivors: “Great strides have been made toward some of these ambitious ‘millennium goals,’ variously targeting core sources of global poverty and obstacles to development ... Yet progress in other critical areas lags badly. We are very far from delivering on our promises of a better future for the world’s poor.”

Professor Nakicenovic, why are we lagging behind on achieving the MDGs?

NN We are making progress, but unfortunately not nearly enough to overcome the problems the MDGs were meant to address. Structural problems, broken promises on the part of the international community, and a string of governance problems—all of these have made it difficult to tackle these complex problems in a sustained and integrated manner. The global recession has compounded the problems, with governments cutting back on investments in development and the private sector becoming more risk-averse. Armed conflict, social upheaval, climate change, and natural disasters are impacting already vulnerable communities with greater frequency and intensity, reversing much of the progress made.

Should there have been an “Energy MDG”?

While the climate change negotiations were in full swing the energy focus was on the contribution of emissions from fossil fuel energy to global warming, and energy as the solution to many developing country problems was temporarily put on a back burner. Now we have the chance to look simultaneously at energy solutions that achieve multiple objectives. So, though not an MDG in itself, energy is certainly an entry point for tackling the MDG challenges.

The Secretary-General established his High-Level Advisory Group on Energy and Climate Change (AGECC), of which you are a member, in September 2009. Its Report was published in April 2010. How much impact can your recommendations have ahead of the 2015 deadline for achieving the MDGs?

NN There will be a Conference of world leaders at the United Nations in September 2010 to assess progress on the MDGs. The work of the AGECC and its recommendations will be an important reference point for the discussions.

Our report focused on two energy themes closely linked to the MDG challenges: (almost) universal access to clean, affordable energy by 2030; and a significant (40 percent) lowering of energy intensity levels during the same period. Both can be leveraged to support a number of MDGs, particularly those related to poverty reduction, gender equality, food security, education, and child and maternal health.

To many, the problems the MDGs are meant to address appear intractable. The AGECC report takes the view that we have the wherewithal to achieve the ambitious goals set by the Advisory Group, as long as there is political will. If the political leadership of the industrial world considered it urgent and critical enough for the world economy to invest more than US$1 trillion to bail out financial institutions, then surely we can declare that it is unacceptable to have over one-third of the world’s population suffering from poverty and deprivation because of lack of access to modern forms of energy. By reaching the recommended goals of the AGECC on energy access and energy efficiency by the year 2030, we would be well on our way to achieving this.

How, practically, could these goals be achieved?

NN As mentioned AGECC has made the decision to focus on only two ambitious but actionable areas. One of our unanimous conclusions was that we have today the knowledge and the resources to address these two goals as long as the political will is there. Unfortunately, and I would add, surprisingly, the political will is lacking.

Thus, one of the recommendations of the report is to initiate an urgent global campaign to enlist the support of the international community, both public and private sector. Policymakers and business leaders must place much greater emphasis on transforming the performance of national and regional energy systems over the coming decades. This would entail technological leapfrogging, transfer of knowledge and know-how, financial assistance, and use of all the synergistic potential inherent in international cooperation to make the transformation speedier and more efficient.

The Report also mentions that low-, middle-, and high-income countries all face major, but different, transformational challenges. Solutions need to be tailored to their needs. Assistance needs to flow in all directions, not just via a top-down approach.

Lastly, our Advisory Group encouraged the United Nations system to make “Energy for Sustainable Development” a major institutional priority, integrating and mainstreaming it into all relevant programs so that it becomes a sine qua non of development rather than a loosely related externality. The AGECC provides an excellent roadmap for the United Nations to embark on a major drive to make these two goals happen in every country.

You mentioned funding. How much would implementation of the AGECC recommendations cost, and where would the money come from?

NN Full financial costing and resourcing strategies are laid out in detail in the Report, and I would recommend a close reading of the source material on this.

However, for the purposes of this interview, basic universal energy access would cost the international community on average US$35–40 billion in capital per year, another US$15 billion in grants, mainly to cover capital investment and capacity building required in least-developed countries, plus US$20–25 billion of loan capital. For energy efficiency, we are looking on average at US$30–35 billion in capital for low-income countries and US$140–170 billion for middle-income countries annually until 2030.

As to where the money would come from, climate finance could, for instance, be mobilized from the US$30 billion “Fast Start Funding” committed to at COP15 under the Copenhagen Accord for 2010–2012, especially for strategy, policy, and capacity development. In parallel, innovative use of carbon markets could expand the effectiveness of the Clean Development Mechanism of the Kyoto Protocol and other market-based mechanisms. However, all financial support should aim to leverage increased private sector participation over time. As mentioned there are innovative companies ready and willing to use the green platform to launch new concepts for products and services. This initiative, as it unfolds, will undoubtedly encourage private-sector investment.

We should not forget that these investments would bring huge benefits. The AGECC estimates that the total financial savings, or avoided energy cost, of the global efficiency opportunity is US$250–325 billion a year in 2030. This compares to some US$300 billion to perhaps US$1,000 billion spent on various forms of energy subsidies today and to some US$500 billion energy investment, which will need to double over the next two decades. Thus, energy efficiency alone would bring huge avoided energy costs and reduce investments substantially.

How important a role has the Secretary-General played in putting energy issues at center stage?

NN Naturally the Secretary-General has provided a focused, credible, and highly visible space for AGECC efforts and ideas. I believe, too, that he has energized the development community with his own passionate commitment to mitigating climate change and harnessing sustainable energy to that cause. If you look at the his speeches, interviews, and published texts, you quite frequently see the word “promise.” For instance, in his report to the Security Council earlier this year, known as “Keeping the promise,” he speaks of the Millennium Declaration as being the most important collective promise ever made to the world’s most vulnerable people—not for reasons of pity or charity, but for solidarity, justice, and mutual prosperity and security.

So, yes, the Secretary-General has been a tireless leader on these issues. I would say that, for him, achieving the MDGs really is an ethical matter. Promoting the achievement of global equity and justice in the 21st Century is definitely one of his aims, and he has fully committed himself to working to achieve the MDGs.

Further information: Professor Nebojsa Nakicenovic, Deputy Director of IIASA, is Director of the Global Energy Assessment and Professor of Energy Economics at the Vienna University of Technology, Austria. He is one of 20 members of the UN Secretary-General’s High-Level Advisory Group on Energy and Climate Change (AGECC) chaired by Kandeh K. Yumkella, Director General of UNIDO.