The Earth League is a self-organized network of scientific entities consisting of representatives from 18 institutions from both hemispheres, as well as both developed and developing countries. 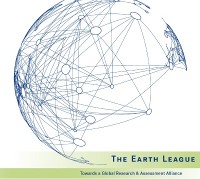 This international group of prominent scientists from world‐class research institutions will work together to respond to some of the most pressing issues faced by humankind, as a consequence of climate change, depletion of natural resources, land degradation and water scarcity. The group will consider the options for wider use of climate-compatible energy sources; increased and sustainable world food production; and novel approaches to urban planning. The alliance will focus on how we can manage anthropogenic global change according to the principles of sustainable development. The Earth League aims to provide decision makers with multiple options for addressing pressing sustainability issues, by delivering robust background information and enhancing transparency of the choices available. By coming together in a self-organized alliance, the Earth League members will be a united voice in the global dialogue on planetary issues. The members of the Earth League will meet on an annual basis.

The Earth League, an IIASA research partner, is an international network of leading scientists working on pressing issues facing humankind today. This year’s annual symposium focused on the ambitions and challenges set out in the Paris climate agreement in 2015. More

The Earth league has launched a new social media campaign aimed at building engagement in the lead-up to the Paris climate talks. More

The Earth League hosts its second annual workshop, focused on science policy support in the lead up to the Paris climate summit and beyond. More

Earth League Statement: The year of opportunity for a sustainable future

A statement today by the Earth League highlights the key role of 2015 events on the path to a sustainable future, and provides essential elements for climate action at the Paris climate meeting in December. More

Climate Change: The necessary, the possible, and the desirable

In a new article published just prior to the UNFCC meeting in Lima, prominent scientists, including IIASA leaders, explore the key elements for climate change action. More

Researchers say that we are on track to see climate warming of 4 degrees over pre-industrial times, if action is not taken soon. More