Climate change is strongly impacting both marine and ecosystems and human activities in the Arctic, which in turn has important socio-economic implications for Europe. 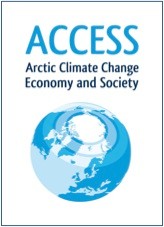 Arctic Climate Change, Economy and Society (ACCESS) is an European Project in its final year (2011-15), supported within the EC Seventh Framework Programme’s Ocean of Tomorrow call. The 11 million ACCESS project is coordinated by the University Pierre et Marie Curie, including nine European countries and the Russian Federation, 27 partner institutions with over 80 researchers.

The main objective of the project is to assess climatic change impacts on marine transportation (including tourism), fisheries, marine mammals and the extraction of oil and gas in the Arctic Ocean for the next three decades with particular attention on environmental sensitivities and sustainability. Understanding the socio-economic impacts of the changes in the Arctic on markets, economies and on European policy objectives along with their influence on Arctic governance are key research areas within ACCESS.

The final ACCESS General Assembly was organized in Vilanova, Spain.  Special Advisor to the IIASA Director General and Chief Executive Officer, Ambassador Hannu Halinen, co-chair of the IIASA Arctic Futures Initiative (AFI) Advisory Board, attended the meeting as a member of the ACCESS International Advisory Board. He attended the ACCESS meeting in Barcelona to finalize the report of the 4-year project. Synergies between the ACCESS and the AFI projects were discussed with a view to a) take into account, as appropriate, the ACCESS findings in AFI; b) to contribute to the follow-up and implementation of the ACCESS report.

The final meeting included highlights from the Work Packages, the presentation and Advisory Board feedback on the Draft Synthesis Report, ACCESS legacy and Post ACCESS era, ACCESS tools, the European Arctic Information Center in Rovaniemi and the Stockholm Resilience Center.  The final report on the conclusions of the external Advisory Board on the ACCESS activities was presented.